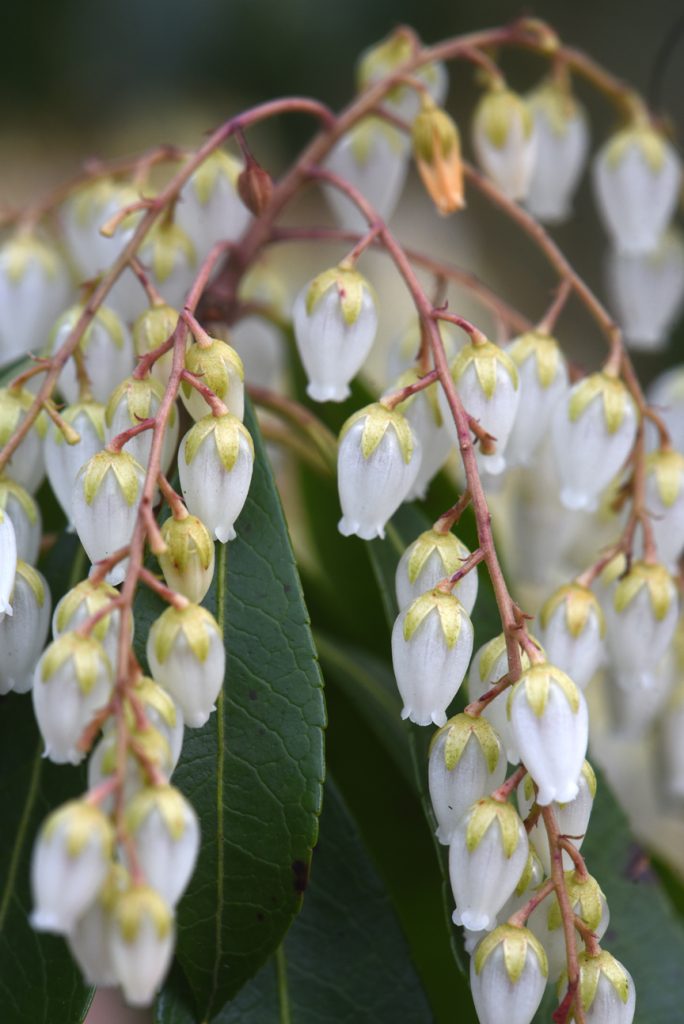 Cindy: I was listening to you on Sunday morning on KDKA, and heard you talk about the Japanese pieris shrub. Of course I had to Google it, and found that they are indeed very beautiful. I am looking to replace all of my rhododendrens because they have been eaten by the deer! My question is where would I be able to find these shrubs? I Googled that, and it said to get them in Oregon! Well, that just isn’t going to happen, so I thought maybe you would be able to direct me.

Doug: Many of our local nurseries will carry different cultivars of Japanese pieris. It’s never been touched by deer in my garden … yet! If they don’t have the one you like, they can usually order it.

Oregon is a place that is the source for many plants as the climate is perfect for growing on large scales, but growers up along Lake Erie have many different varieties to offer. It’s a slow grower, but a wonderful plant.

Connie: I see a lot of wild chives growing in Schenley Park. Are these safe to eat? I adore the garlic/onion family! Can I plant onions in a planter box on my porch?  Should I start from seed or buy sets?

Doug: Your only concern for the wild onions/chives is if the area might be treated with lawn chemicals.

You could grow onions in the planter box. They love full sun, but can handle part sun if necessary. For the best onions, I would consider plants from a nursery, but sets would be fine. It’s a little late to get seeds started for that application. I’m getting some bunching onions going from seed now in the greenhouse, but I think you’d be better off with the plants or sets.

Mark: I have a big problem with moles and grubs. Which one should I try to get rid of? Or can I treat both at the same time?

Doug: You’ll want to deal with these two pests differently. Let’s start with the moles. There’s an organic product called Mole Scram (available here) which is a repellent. Castor oil and garlic are the main ingredients. It’s applied by putting down a band a couple feet wide near the moles (or voles) and then adding subsequent bands in following days to move the pest out of the area.

Grubs are best controlled by an organic organism called beneficial nematodes. They are living things that hunt down the grubs and kill them. They can be found at garden centers, but they cannot be applied until soil temperatures reach 50 degrees, so in early June for Western Pennsylvania.