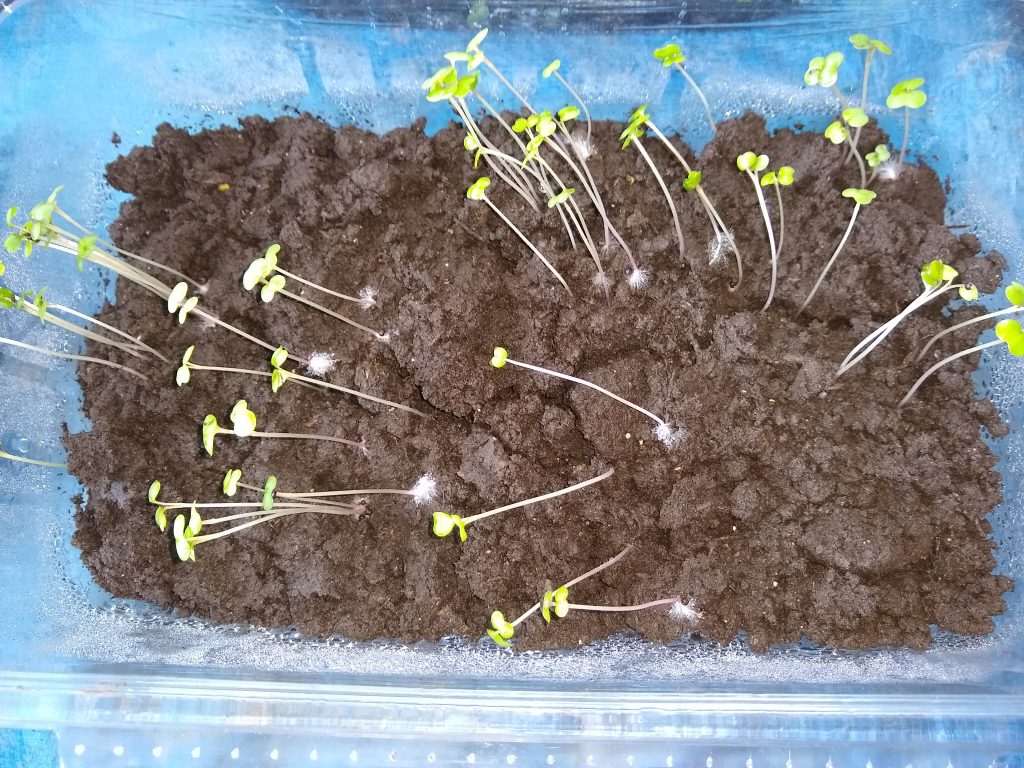 Dan: I was wondering if I started microgreens in an old salad container, should I take off the lid after they start sprouting. I also have a container with white fuzz, should I get rid of it?

Doug: Yes, as soon as the seeds sprout, remove the lid. If you leave it on, it puts the seedlings at risk of fungal issues. Sterilize the microgreens container with the white fuzz with a 10 percent bleach solution. That’s 10 percent bleach to 90 percent water.

Nicole: I’m hoping you would offer some insight on my situation. A friend of mine gave me some beautiful cutting of her rose bushes, with each cutting stuck in a potato. They seem to be fine just sitting on the counter, but I’m worried about planting them in the ground until they establish/frost threat has dissipated. How long can I just leave these potato roses on my counter?

Doug: Here’s what I would do, and I’m kind of guessing. I would pot the potatoes up in a container until around the first week of April, then plant them out. For now, give them window light and take them out when the weather is nice.

Kimberly: My dad and I have started our veggie gardens from seed for years, from tomatoes, eggplants and peppers to carrots and squash. And we have old seed packets that we should have discarded years ago. The question is, should we toss them in the trash, or is it safe to put them out for birds to eat? Do they have pesticides or other harmful substances on them? We have seeds from Burpees, Livingston, Agway and other brands we’ve bought at Walmart, local nurseries and other stores.

Doug: They would be fine for the birds, but they might still be viable. If you’re interested in testing them, this video shows how to discover which seeds are still good to plant.