Lee: My husband and I are selling our home. I have some plants I would like to take with me. Can I dig up lilies and peonies and save them over the winter? If so, how do I keep them?

Doug: This is the perfect time to get those plants out of the ground. No problem with most lilies being transplanted into pots filled with a good grow mix. Put the pots in a protected spot, like inside the garage for the winter. If they can’t go there, put them outside in a spot near the house and surround them with a bale of straw.

The most problematic will be the peony, as they don’t like being moved. In this situation though, you don’t have a choice. They are best moved as soon as they sprout, but if that won’t work, get as much of the roots as you can and put them in pots. Connie: Will you please identify this shrub for me? I never knew I had this until I cleared out some unwanted growth this past spring and it revealed itself! I took a clipping to my local nursery, and they did not know. It was gorgeous this year but huge, and I don’t know what to do with it except let it grow and do its thing. The blooms lasted a long time, well into summer. It’s way too big for me to tackle.

Doug: I believe that’s weigela. It’s hard to tell from the photo, but I think that’s it. It usually starts blooming toward the end of May and holds its flowers into June. That’s a big one, and there’s nothing wrong with letting it grow and do its thing.

Carol: I have winter squash volunteers growing in my compost, most likely from butternut. A few look true, a couple have thinner, crooked necks, and one is very large! My question is, are they edible? From what I’ve read, they could have high levels of curcubiticin, which sounds like they could be bitter and also somewhat toxic. If this is true, I will steer clear of eating them, but I hate to waste them if they can be eaten. If you can help me, I would greatly appreciate it.

Doug: The only way to know is to try them. I wouldn’t worry too much about it. You’ll know your answer in one bite. Compost surprise plants should be fine in my opinion.

Any seeds that were from a hybrid plant will not grow true, that’s probably why you’re seeing different variations. They usually revert to a parent, which shouldn’t be a problem. 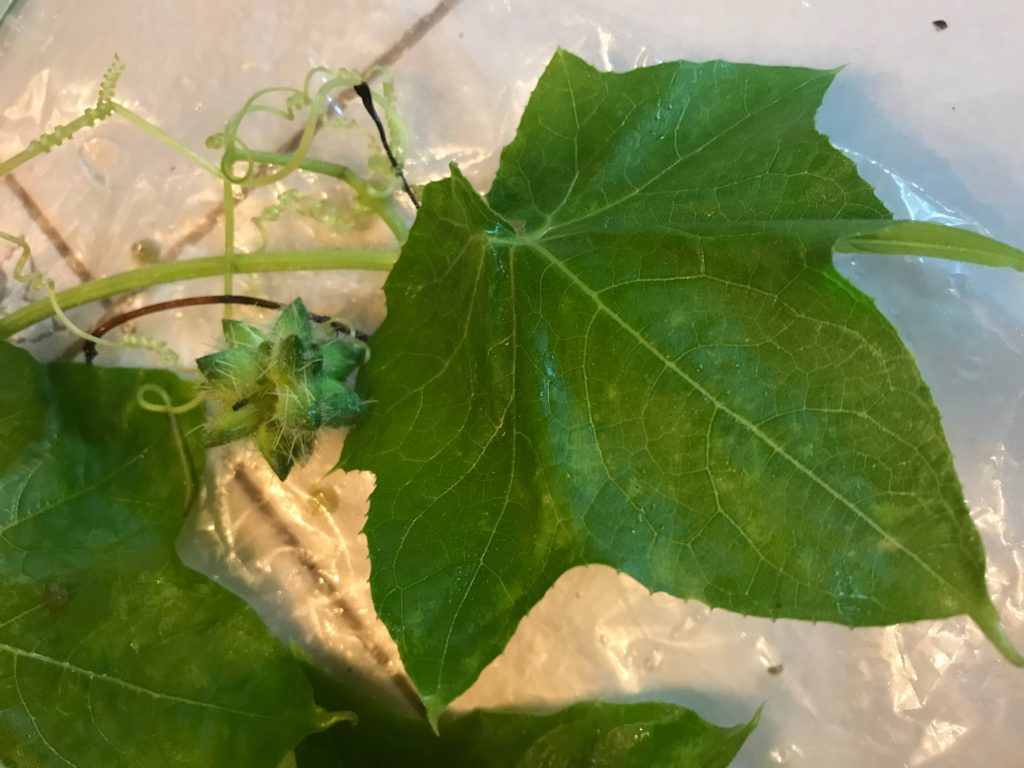 Kathy: I’m wondering if you could identify this for me?

Doug: I was able to figure out what the plant was that you brought to the Greensburg Country Club the other day. It’s called a bur cucumber, technically a wildflower, but in some states it’s referred to as a noxious weed.

The best way to control it is cut it at the base and continually cut any new sprouts. This eventually will exhaust the plant (or it might exhaust you!) Hope that helps. Thanks for bringing the plant; I had never seen it before.