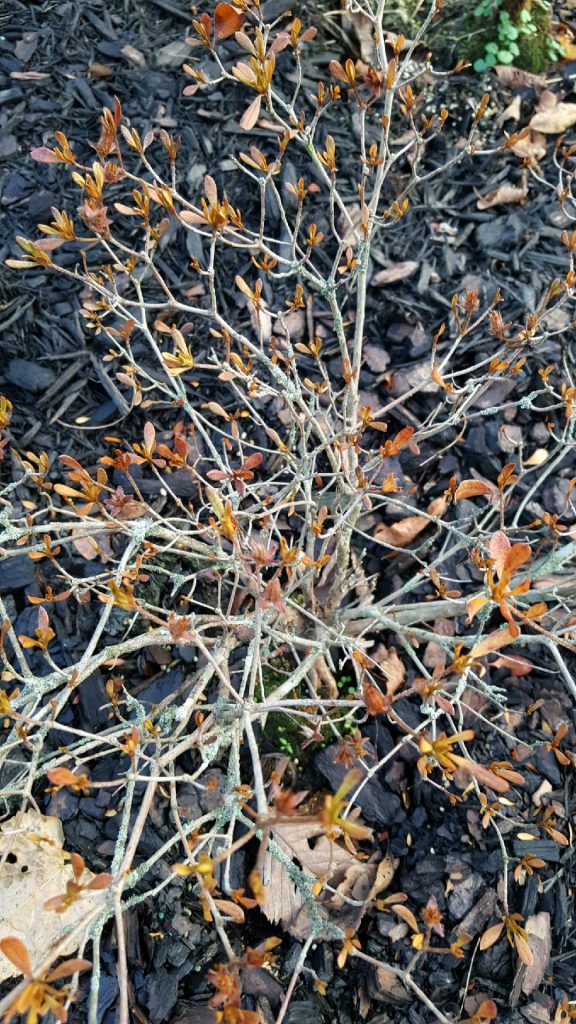 Mary Lou: A neighbor dug out two azalea bushes and gave them to me. I had them sitting in a bucket of water with some dirt around the root for about one month. I transplanted them in mushroom manure and Miracle-Gro dirt. Then I went out and brought some azalea plant food and poured about one quarter cup around the base and watered. I noticed some green moss on the branches. Is that a fungus? Are these plants dead? Can I bring them back to life?

Doug: At this point don’t worry about what’s on the azalea branches. The plants don’t look great, but you’ve done everything you can do for now. If things dry out, be sure they get water all the way until the ground freezes. I think they are in transplant shock, but I hope that they are just shutting down for the season and will return for you next spring.

If you bend a small branch and it doesn’t snap, the azalea is still alive. If all the branches snap easily, the plant is dead.

Sue: I’m looking for an organic remedy for getting rid of crabgrass.

Doug: The organic control for crabgrass is something called corn gluten meal. It’s the byproduct of the corn milling process and is completely safe for the environment. It works by stopping seeds from completing the germination process. It’s applied in the fall and spring to prevent any crabgrass seeds from sprouting. There’s good science that shows it’s very effective, and we know it’s safe.

Here’s a story I did on growing an organic lawn that goes into more detail and will give you some other ideas for your grass.

Mark: I lost the front quarter of my perennial garden last year to the city’s lead water line replacement work. I’ve taken that opportunity to rework the front of my garden and see that some changes may be in order, so I have a few questions for you:

1. Is it better to transplant perennials in early October or wait until the plants come back next year? These are only established for one season so I am hesitant to move them in the fall.

2. I planted two identical asters side by side; one grew to more than 3 feet tall but lost all leaves on the lower half and needed staking all season. The other grew in similar manner but never got more than a foot tall. Granted, the taller one got the western sun so it overshadowed the other a bit, but is it common for this plant to show such disparate growth and to die back except for the flowering portion? The tag said 24 inches for this cultivar (I don’t think I kept the tag).

These are almost done flowering, so moving them is based on your first answer. I’d need to cut these down to the dead stalks to move them — the tall one is quite leggy. Also, given the height of this cultivar I want to move it more to the middle of the garden; can most asters tolerate part sun?

3. Is flothergilla very slow growing? I put two in as anchors but they’ve not changed much in a season and a half. They’ve really browned up with the lack of rain the past few weeks despite my weekly watering. Both are in a part sun area, with intense afternoon/evening sun.

1. Fall is the best time to move them as short days and cooler temperatures are conducive to root growth as opposed to top growth. Be sure to improve the planting holes with compost and keep the plants watered until the ground freezes.

2. They are going to happiest in full sun. The more you can give them the better, but they will tolerate part sun. The size difference and foliage loss could have many reasons. I’d grow them again next season assuming they will be about the same height and see what happens.

3. They are indeed slow growers, and that’s not the best place for them, but they should be able to handle it with enough water. They would actually prefer sun until around 3 p.m., but that’s not always possible. When you water, really soak them in and it only needs done once or twice a week.