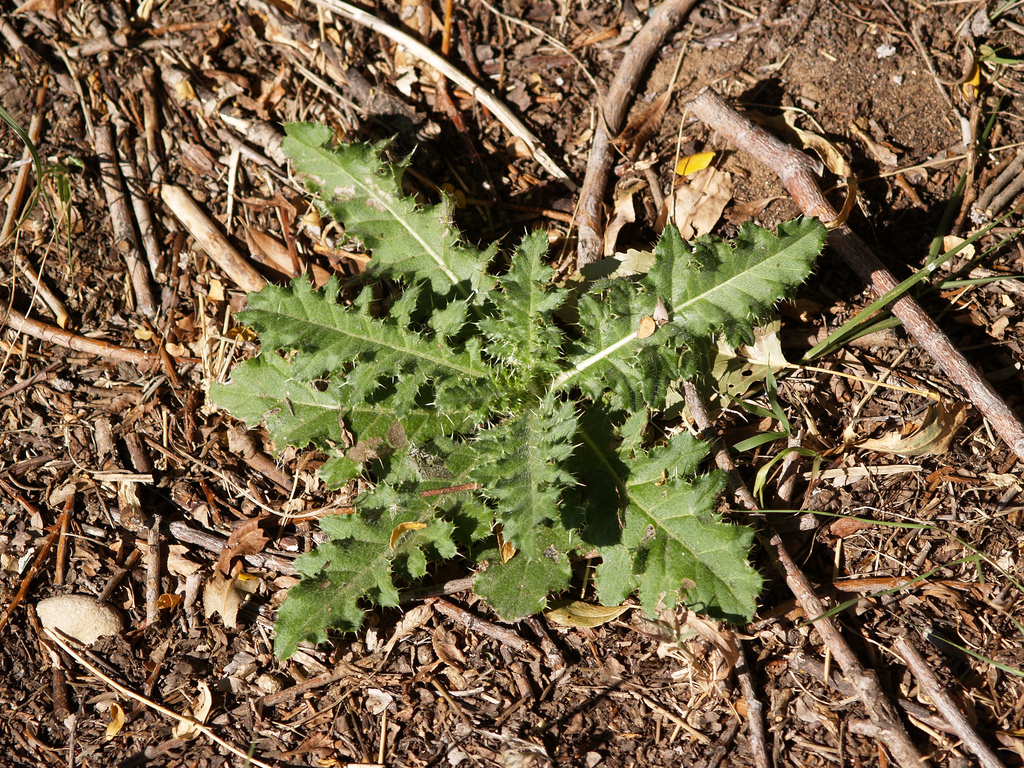 Susan: We moved to a new house five years ago. Part of our yard had an overgrown patch of Canadian thistle. We have tried several methods of trying to eradicate via natural/organic methods. We have:
• Pulled the weed constantly.
• Cut the weed at ground level versus pulling the weed out by the root. (We read on the internet that pulling it makes it multiply faster)
• Used vinegar on the weed. This does kill the leaves, but then it will grow back from the root.
• The part of the yard where we had the overgrowth, we had landscaped with a wall and mulch. So, a lot of the roots were dug up, but now the thistle grows on top of the mulch.
Do you know of any other methods we can try to get rid of this weed?

Doug: Canadian thistle is a challenge, that’s for sure. Never pull or dig it, that does make more of the weed. The plant has fleshy white roots that when disturbed go into panic mode and root.

The best way to win the battle is called continual top cutting. Cut the plant to the ground with a string trimmer and continue the process weekly until the plant is exhausted. The weed needs top growth to feed the roots. I would also get some organic weed killer that’s vinegar based. It will have a higher percentage of vinegar than the food grade variety. After trimming back the plants, apply the product on the exposed roots.

It will work, you just have to be vigilant. Hope that helps.

Pat: I see you planting directly into fresh compost without mixing it into the soil. I thought compost always had to be mixed into the soil first before you could plant anything?

Doug: That’s a great question, Pat. Most of what I do in the garden uses a technique called no till. I rarely dig up the soil. I just put a layer of compost on top and plant directly in the soil amendment when something needs to be planted. The compost has everything the plants need, and it’s fine to plant directly into the medium.

JoAnne: I’ve been gardening for 50 years and have never seen Italian flat leaf parsley plants bolt to seed. Usually I start from seed but was busy this spring and bought a four-pack of plants at a local nursery. I even have a stray parsley plant in a pot of pathos inside that I have let be and it is five years old! Why do you think it bolted?

Doug: Parsley plants are technically biennial, meaning the first year they produce foliage and then the second they go to seed when growing outdoors. The indoor plant isn’t forced to go to seed by heat or weather and must be happy where it’s growing. The way the outdoor plant was treated before you bought it might have something to do with it bolting. If it dried out, it would be prone to going to seed. Also if it was a second-year plant and it was hot and dry, it would bolt. It happens with plants like that sometimes, just part of gardening.

Denise: I’ve steered clear of colorful impatiens for years because of white powdery mildew. However, I’m noticing white/grey watermark-like spotting on my peony leaves (no leaves are dropping and it still bloomed this year), and marigolds have gotten dried grey foliage at the bottom of each plant (also producing flowers). What affliction have they contracted? I have not done anything that I haven’t done in years past.

Doug: The peonies are prone to gray mold or botrytis blight. Cut the foliage back at the end of the season and remove it from the garden. Next spring apply an organic fungicide like Serenade when they leaf out. I think the marigolds might have grey mold too, although I’d have to see a picture to know for sure. With a wet season like we’ve had, fungal issues have been a problem for sure. Serenade should help, but once the disease gets established, it’s harder to control.

Roberta: I have a large back grassy area that I was thinking of planting with white creeping thyme. Is it hardy from season to season? Would you recommend this as aggressive ground cover or something else?

Doug: Creeping thyme is hardy, but slow growing. It’s a nice ground cover, but it’s not going to fill in a huge area quickly. One thing to consider with most ground covers is that once it’s there, it’s probably going to be there forever.

Take a look at these and see if you like the way they look and if the lighting requirements work for your area: variegated pachysandra, sweet woodruff, ajuga and lamium.

More From Everybody Gardens