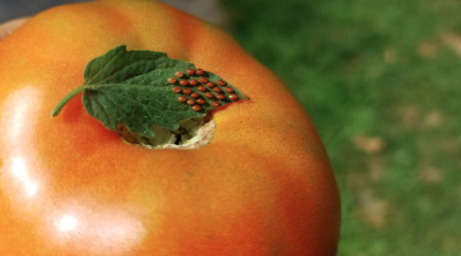 Bugs on a tomato … good or bad bugs?

Mary: I found these glistening little eggs on my tomato this morning. Lovely actually. But are they going to hatch into something that will eat tomatoes? Maybe they are spiders that will eat other bugs? Can you identify?

Doug: I think they are squash bug eggs, Google it. Crush, kill destroy! 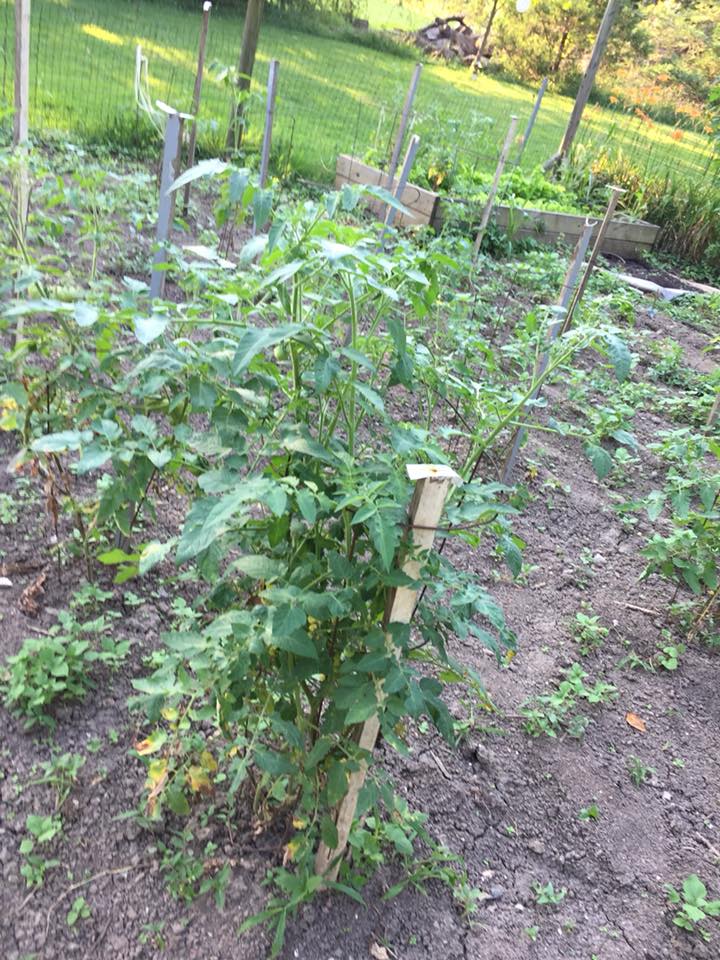 These tomato plants are struggling.

Dan: My father’s tomatoes aren’t growing well and have only a few tomatoes. I think he needs fertilizer. They were hit with all that rain early which really put them behind and now they are kind of spindly. We don’t want to end up with big plants and no tomatoes, so anything you can suggest?

Doug: I would start with a liquid organic fertilizer like Espoma Grow. (Hahn has it, and it’s also available here). And then add Tomatotone for the long term rest of the season.

Krystin: I have a lilac and a burning bush that are out of control. I’d hate to take them out. If I trim them down really
far to the ground, will they come back or will they die?

Doug: The burning bush is a weed, do anything you would like to do to it. The plant will come back with flying colors.

For the lilac, if you prune now, you’ll lose next spring’s flowers. The plant should be pruned right after it blooms, as it will put on buds quickly for spring blooms. If it’s in the way, cut it back by one third, but just know that you’ll be cutting the buds.

Sharon: We started vegetable gardening last year for the first time in our backyard. My husband built a couple raised beds to great success, and we put in just a couple tomatoes and half a dozen zucchini.

The zucchini plants look healthy but are not producing any fruit. They have the male flowers (and we’ve picked a few for eating) but no female flowers (we know not to pick those!). We’ve stopped picking any flowers thinking that maybe the male flowers should stay on the vines to fertilize the females to produce the fruit.

We don’t know what the problem is. When others joke about an overabundance of fruit, we have no zucchini at all!

Doug: It’s a common problem these days with the decline in pollinators. Removing the males doesn’t help either although they are tasty!

The female flowers will have a small zucchini at the bottom, but if they don’t get pollinated, it will fall off. Go out in the morning when the male and female flowers are both open. Take a small paintbrush and manually take the pollen from the male to the female. You are playing the role of the bee. It works, keep me posted on the results.

P.S. I’ve got two hives of honey bees in my vegetable garden so vine crops are filled with fruit.

Marian: I purchased purple-striped cherry tomato plants at Angora Gardens, but I am not sure how to determine if the fruit is ripe. What should I look for? Thanks.

Doug: The best way to determine that the tomatoes are ripe is to watch the color for a couple of days and give the fruit a gentle squeeze. At some point, the tomatoes will darken and will be ripe when they soften. Of course the best way to see if they are ready is to nibble on one of the tomatoes.

Dan: Besides picking Japanese beetles off by hand, do you have an organic way to get rid of them? Thanks.

Doug: First is handpicking in the morning by knocking them into a jar of soapy water, but Captain Jack’s Dead Bug Brew (available here) works great. It’s not a poison, so it can’t hurt you. It’s for all chewing insects, they ingest it and are dispatched.

Doug Oster is manager and editor of Everybody Gardens with a passion for gardening and a love of sharing is experiences with other gardeners. You will also find Doug’s gardening contributions in the Tribune-Review each week. He’s an Emmy Award winning producer, television host and writer. Oster is co-host of The Organic Gardeners Radio show every Sunday morning at 7 a.m. on KDKA radio in Pittsburgh. Oster’s Outstanding Documentary Emmy was awarded for Gardens of Pennsylvania, a one hour special he conceived and produced for the PBS affiliate WQED. Doug appears every Thursday morning on KDKA-TV’s Pittsburgh Today live at 9 a.m. “Gardening is fun, he says, enjoy every day spent outside tending vegetables, flowers, shrubs and trees.”