David Titley’s voice echoes through the empty rooms of the family homestead he’s renovating. He’s been working hard today on the floors preparing for his family to move in, hopefully some time in July.
“In 1934, my grandfather brought it on four horse-drawn sleds,” he says. “It was four miner shanties; he put them together and built the second floor. He did everything with his own hands.” 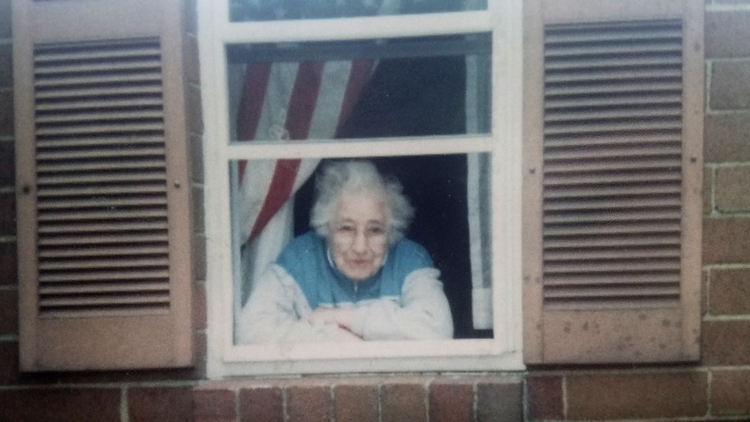 An old photo of Bessie Purucker, David Titley’s grandmother. Jen and David Titley both are connected to their past by plants. They are planting a garden at the house they plan to move to in July. It’s where David’s grandmother lived in Chicora, Butler County.

He’s always dreamed of living here, where he spent countless hours with his beloved grandmother Bessie Purucker, who he called Gassie.
“I couldn’t say Bessie or grandma when I was little,” he reminisced, “so it was Gassie forever; it was good times.”
As he looks out the east-facing window where his grandmother started her seedlings in Dixie cups on little windowsill shelves (so they received first light of the day), he remembers her garden fondly.
“The one thing I always loved was yellow roses because my grandmother loved yellow roses,” he says of his grandmother, who passed away 22 years ago. “So we got two new yellow roses and put them exactly where they were when she was here. I wanted those, just for Gassie. They just have to be there.”
Titley is going to plant some rhubarb next, right where Purucker grew hers. A slow-moving train rumbles by twice a day evoking memories of simpler times for him here in Chicora, Butler County.
“At 51, I still wave at the engineer, like I did when I was five,” Titley says. “Just to say hey, it’s just one of those things.”
His mother Jane lived here until 1966, remembering her large flower garden she tended as a 4-H project and the other gardens Gassie cared for.
“Mother had a big, huge vegetable garden, she had everything in there,” Jane says.
Her son adds that Gassie wouldn’t stand for trespassers in her garden either.
“She could shoot a snake out of the second floor window if it was in the garden,” he said with a laugh. “She was a deadly shot. She would shoot anything that was in the garden. She was definitely the real deal.”
As the late afternoon sun bathes the back of the house in orange, Titley reflects on moving into the home.
“It gets me emotional,” he says. “This is all I ever wanted, because I grew up here. It’s home, it’s the country, it’s great memories, the best times of my life were out here.” 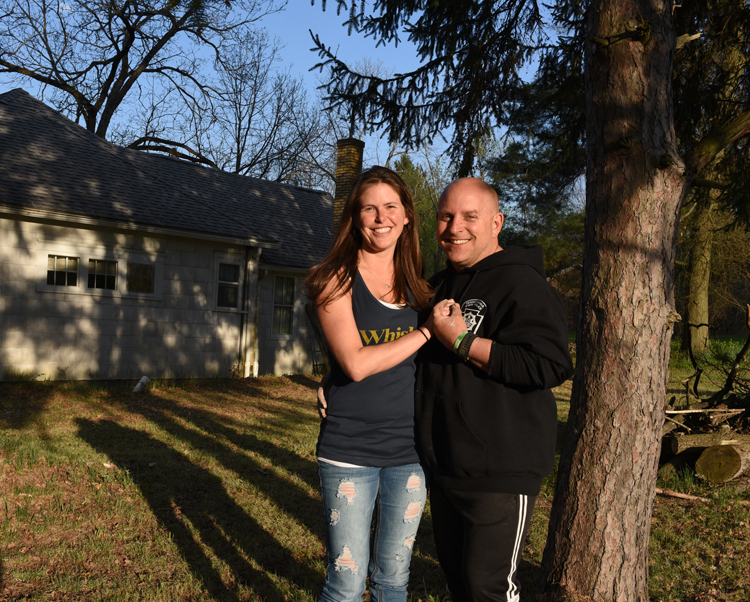 Jen and David Titley both are connected to their past by plants. They are planting a garden at the house they plan to move to in July. It’s where David’s grandmother, Bessie Purucker lived in Chicora, Butler County. 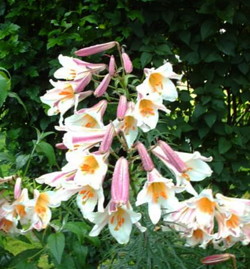 Jen Titley moved these lilies, they are just sprouting now.

His wife Jen is looking forward to living here, and she’s brought along plants from her childhood home, too. They are planted in the same garden bed as the yellow roses, right in front of the house.
The lilies are sprouting, and she also brought a butterfly bush. She still needs to move some hyacinths and tulips from her parents’ house. As a teenager she planted them when her dog passed away, something her mother Rita Morrow encouraged as a way to heal.
“She made a walk and planted different flowers where the dog kennel was,” Morrow says. “I told her, if you ever get a place, they’re yours. She took care of them, so she can move them.”
Jen is a self-described country girl who spent her childhood outside playing in the dirt. She bought the bulbs from a girl who she babysat, which provides another important link for her, and they have been blooming ever since.
Just as her husband feels a connection with her grandmother through plants, Jen feels something special with her plants, too. And that’s why they are being moved here.
“I’m attached to them, they mean a lot to me,” she says with a smile, “I planted them a long time ago and they go with me. Where I go, they go.”