Note: With the guidance of editor Doug Oster, Mike Palm is chronicling his adventures (or perhaps misadventures) in his second year of gardening.

When I planted some zinnia seeds and two Mexican sunflower transplants, I received some questioning looks from my wife. She likes flowers, but she loves fresh vegetables from the garden even more. In her mind, the flowers would be taking away space for more beans, tomatoes or cucumbers.

Well, two months later, the flowers have sprouted, and they’re paying dividends. Our kitchen window provides a look at the garden, and it’s not unusual to see visits from birds, bees and butterflies. We even found a little toad hopping through the garden one day. 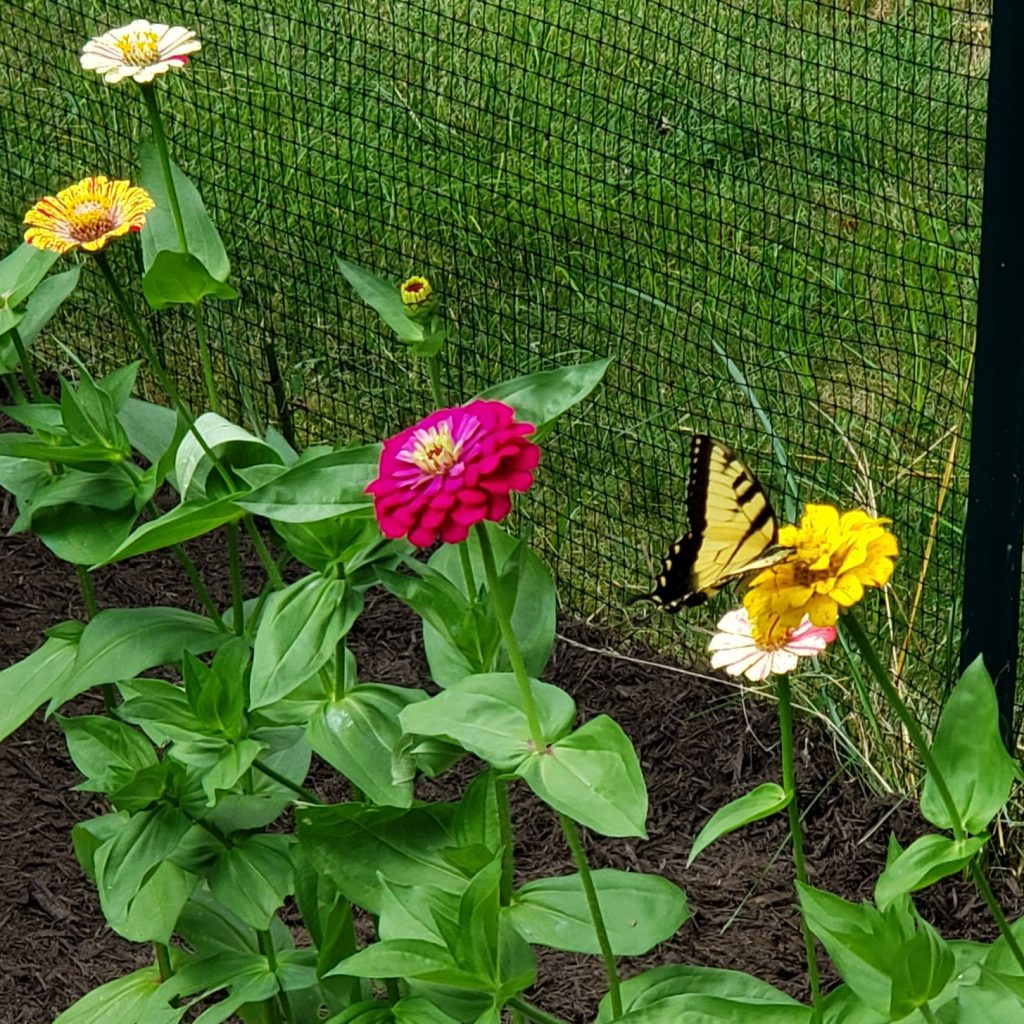 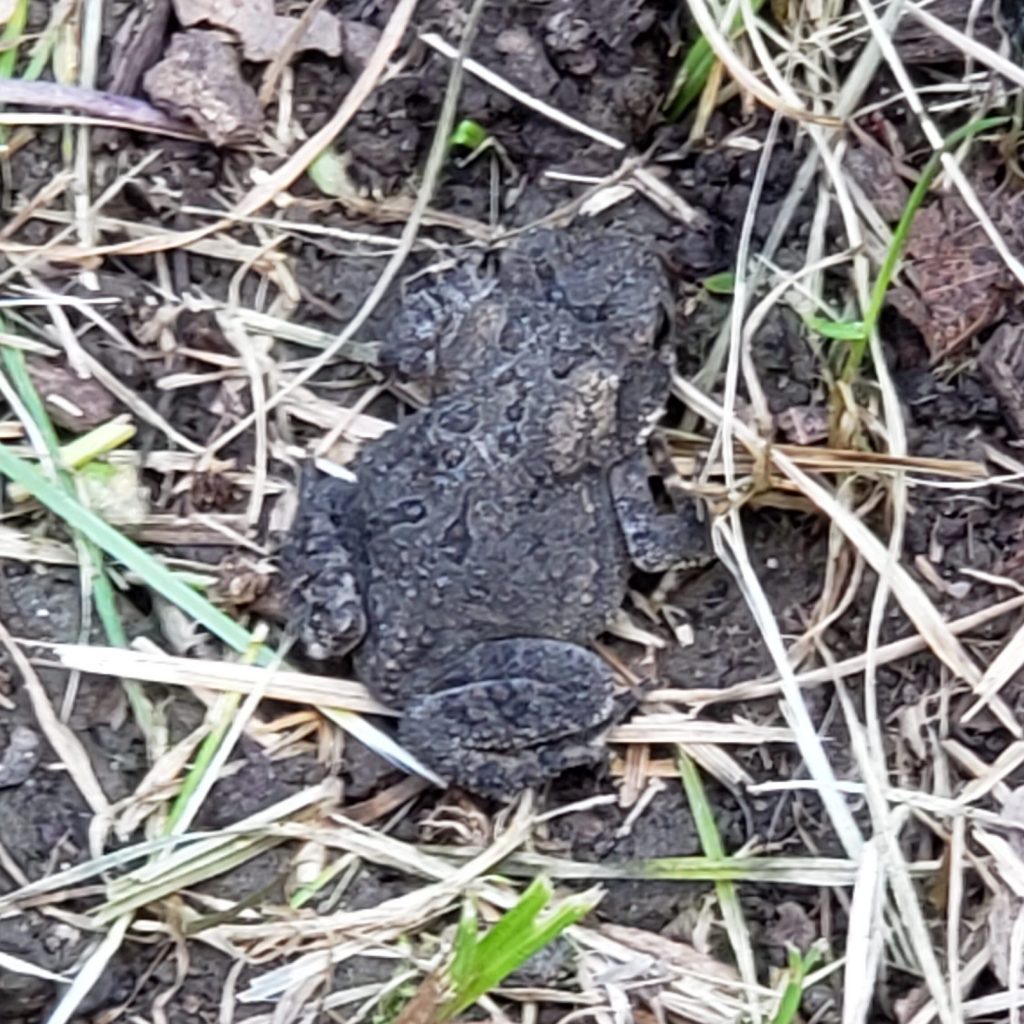 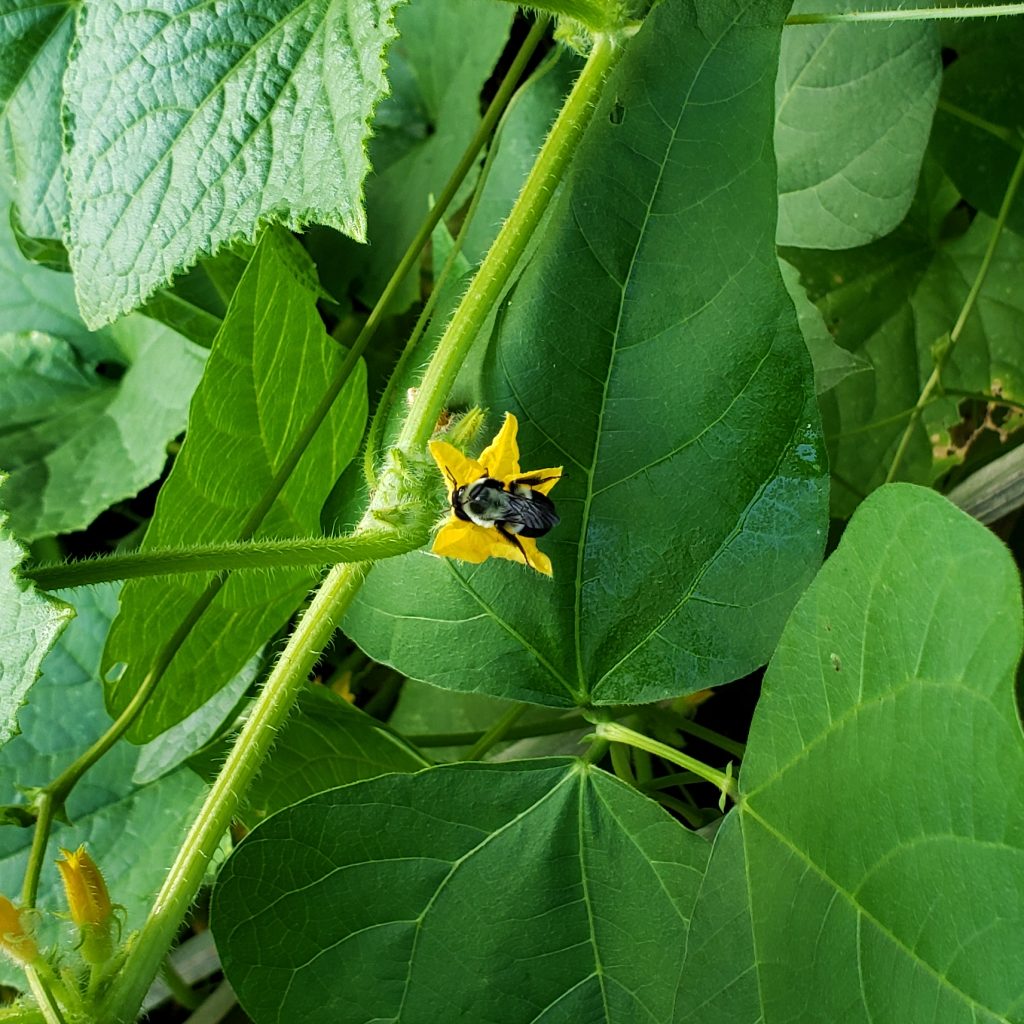 I’ve spent time outside as one bee went to town, buzzing from one zinnia to the next, or visiting each of the cucumber flowers. From all the gardening news and stories I’ve read over the past few years, I understand the value of pollinators. And it’s been rewarding to see it pay off.

Doug says: That’s awesome, every vegetable will benefit from the good bugs visiting. One thing to remember is to deadhead the flowers. When they are getting tired, cut it off down at the next set of leaves. It will force the plant to put on more flowers. Great to see all that wildlife in the garden.

How many cucumbers can you spot hanging on the underside of the trellis?

Last year, for example, the cucumbers basically died before they got started. This year, on the other hand, they’re going nuts. Seeds were started on both sides of the trellis, and the plants have climbed over both sides. One took advantage of the string on the bean trellis to climb more than 6 feet straight up.

A beetle infestation is gone thanks to Captain Jack’s Dead Bug Brew and a bunch of hand-picking of the pests. The beans haven’t produced much yet, but I have seen some white flowers so there’s hope … maybe.

A ton of tomatoes…

On the tomato front, most of the plants are producing tomatoes, especially the plants that were store-bought. There was a day when a tomato looked ready (and I was at work), so my wife sent out our 12-year-old to get it. A giant spider sent him high-tailing out of there, so it had that tomato had to wait until I got home.

We’ve had enough cherry tomatoes for ourselves and to send some to our neighbors and relatives. Plus some made their way to Everybody Craves editor Meghan Rodgers, who’s planning to make a salsa dish. The ones started from seed seemingly got a slow start, but they’re hanging in there, with a couple tomatoes starting to show up.

Septoria leaf spot has popped up on most of the tomato plants. That’s totally my fault for not putting down a mulch. Believe me, I know better, yet I never got around to it. That’s one area I won’t be lazy next time around.

Doug says: Wow, what a difference a year makes. You’re gardening like an old pro. I would put some straw down now if you can work it in there. It will keep the soil evenly moist and weeds at bay through the end of the season. Those cucumbers are going crazy with the help of those pollinators. Start thinking about planting some seeds now to extend the season. It’s wonderful to see a young family enjoying a garden.

If it’s not evident from the photo above, the cherry tomato plant totally outgrew the junky little cage. I can’t imagine how well it would have done if it was growing straight up instead of leaning every which way. Next year will also include some sturdier cages.

On our way home from vacation, we stopped at a little roadside stand and picked up some fresh vegetables, including zucchini for our neighbors, who took out the garbage while we were gone. They baked some awesome zucchini bread and gave us a loaf, so I know I’ll be adding some zucchini for next year.

June 29: Garden Getting Greener Despite 1 Setback

March 16: Getting Ready For A New Season Of Growing