Every gardener wants a state-of-the-art greenhouse, but not everyone is going to need one that’s 18 feet tall.

Frank Pizzi, curator of horticulture and grounds at the Pittsburgh Zoo & PPG Aquarium, explains what this new building replaces.

“The last greenhouse was a fabricated thing from a kit and a lean-to that we made with our carpenter which lasted 20 years,” he said. 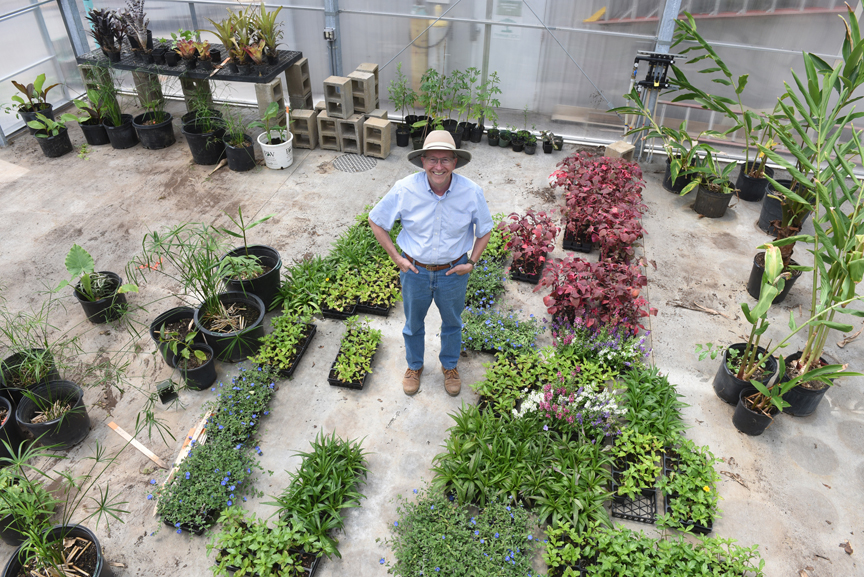 Frank Pizzi is curator of horticulture and grounds at the Pittsburgh Zoo & PPG Aquarium. He oversaw the construction of a new, state of the art greenhouse at the zoo. He’s also planning on retiring in October. Photos by Doug Oster

Many of the plants used in Jungle Odyssey or The Islands exhibits are large tropicals and sent annually to the zoo from Florida, Texas and other sources.

“Our goal with this house,” Pizzi says, “was to try and hold some of the more unusual things or that have gotten to a size or height that really made an impact, are expensive to ship and try to use them for a period of years before they outgrow the house.”

Before the addition, his team could only bring little plants inside, as the old greenhouse was half the height of this one.

“They were all designed for animals,” Pizzi says of the structures at the zoo. “Nothing was really geared to store plant materials.”

A place for plants to overwinter

Palms, big jasmines, large elephant ears and a host of other interesting or large plants will winter over in the greenhouse that was completed in December. The heated floor will keep them all happy during the cold months. Other innovative techniques will keep energy costs low. Automatic windows and the way air movement is controlled will all help. In the old greenhouse, the plants were jammed together — pot to pot, leaf to leaf — which made pest control nearly impossible. Integrated pest management will perform much better when the plants have a little breathing room in the new space.

Upon close inspection, there is a small decorative tile placed near the threshold, and it’s there for a special reason. It’s a memento for Pizzi, who is planning on retiring in October. The tile is something he’s had in his office for many years. He found it in Maine on a family vacation. The tile is a souvenir left over from a mansion that was demolished, and it’s been in his office for decades. When the concrete floor was being poured, workers asked if he wanted to put something in place, and that’s when he thought of the tile. There’s no name or inscription, just the tile found all those years ago in Maine. He wanted an almost anonymous marker for friends and co-workers to remember him. 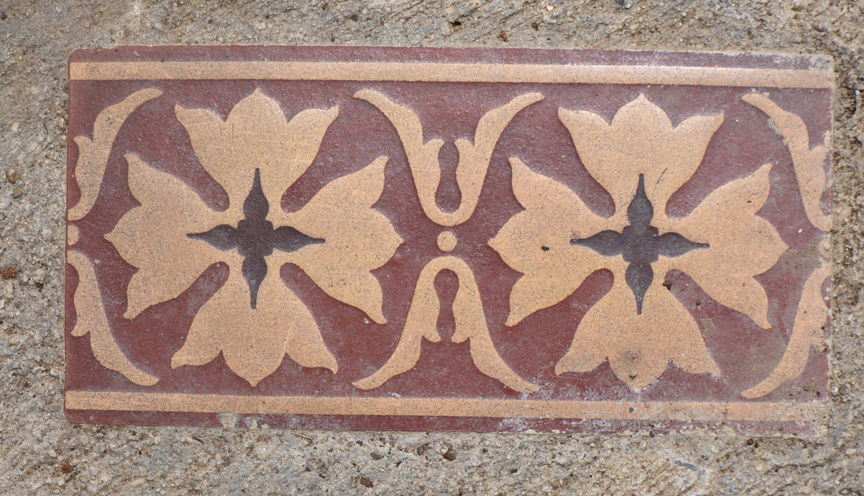 This is a decorative tile  was saved for years by Frank Pizzi. It’s in the threshold of a new greenhouse at the zoo as a reminder to friends and family of his 34 years working at the zoo.

He started at the zoo as a one-man department 34 years ago, planting many of the early large trees by hand. He says he’ll always have a connection to the zoo.

“I’ve told them that I’ll only come back once or twice a year, and it will not be to second guess them,” he says with a laugh.

That’s unless they do anything to one of his three favorite trees, “then I’m going to haunt them,” he says with a smile.

“One is that scraggly Scotch pine up in front of the Beer Garden,” he says. “That’s getting some real character to it. There’s a zelkova that’s now a beautiful thing,’ he adds. He can picture the third, mumbling the horticultural details of the leaf shape and other attributes, but he can’t come up with the name right away, which makes us laugh.

“I planted all three of them,” the 66 year-old says of the trees.

A few minutes later he blurts out, “Carpinus, I knew I would come up with the third.” 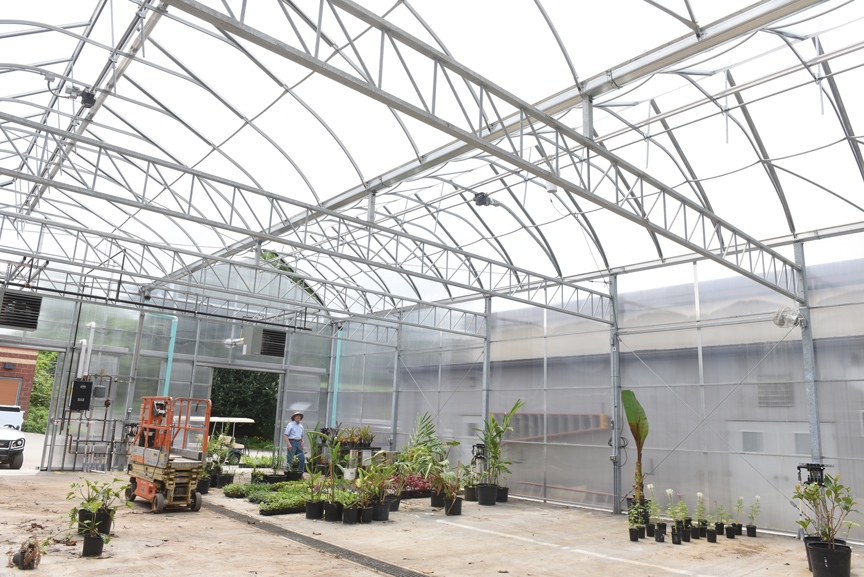 Frank Pizzi walks through the new greenhouse at the zoo.

He hopes the legacy of the greenhouse is saving all those giant trees from being shipped — they get beat up along the way too — that will now live for years inside and out at the zoo.

When asked about his own legacy, Pizzi doesn’t take long to answer.

“The number of large trees we were able to save and the number of trees we’ve replaced,” he says proudly.

When four oak trees had to be removed during the expansion of the zoo, 67 trees six feet and larger were planted to replace them. Over the decades employees have seen an increase in wildlife, including birds that have found a home and don’t have any idea they are at the zoo.

He’s also proud of the metamorphosis he’s seen with the help of his team, physically changing 70+ acres of landscape.

Looking over at the greenhouse, Pizzi says, “It will last 50 years, long after I’m in the grave.” After pausing briefly, he continues, “My mother is 98; she’s going strong. So you know I could be around,” he says laughing.

Garden at zoo is for pollinators.