It’s always cool to find a woolly bear caterpillar in the fall garden. It’s said that the winter can be predicted by how much orange separates the black bands of the woolly bear. The more orange, the milder the winter. This one looks like it’s telling us it’s going to be a “normal” winter. 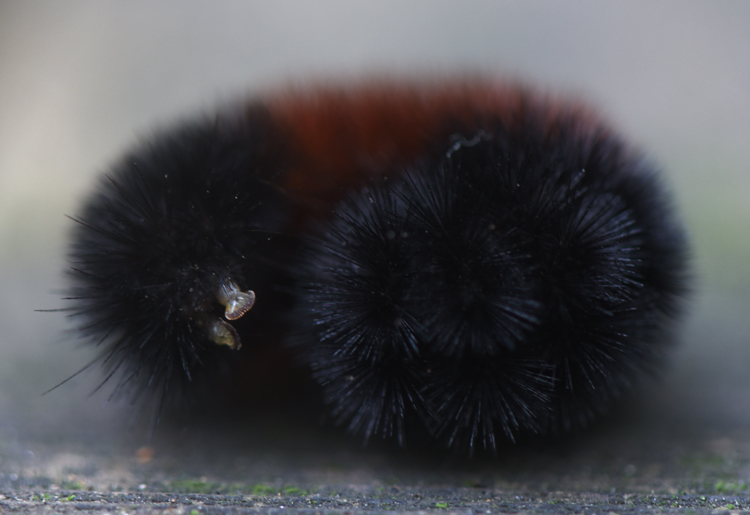 Wooly bear caterpillars are said to predict the severity of winter. Photo by Doug Oster

The story of the woolly bear predicting the weather dates back to 1948, according to The Old Farmer’s Almanac. Dr. C.H. Curran went searching for caterpillars, collected as many as he could find, recorded the size of the orange band and waited to see what winter was like.

He continued for the next eight years and concluded that the bigger the orange band, the milder the winter.

Often times each woolly bear caterpillar will have different coloring in the same season. I’ve seen some others with more orange and then some with more black.

Scientists discount the folklore, but any hope of an easy winter is welcomed. Can this cute little caterpillar really do worse than the weatherman?