It was a quiet Saturday morning, spent alone and thinking about the next season, as I decided to leaf through one of my favorite sources for seed. The J.L Hudson Seedsman catalog has no pictures (there a few online though) with just a few black and white illustrations. It’s filled with interesting tree, shrub, annual, perennial and vegetable seeds. The company has been around since 1911.

I’ve been ordering from them for more than 20 years. It’s more than a catalog — this is good garden reading. I could spend hours curled up by the fireplace, learning about all the different seeds listed.

While reading the catalog, I had an epiphany. One of the reasons I love growing from seed is to plant something unique and unusual. I was in heaven while deciding what to order; the anticipation of the season is ramped up when thinking about growing something strange and new to my garden. 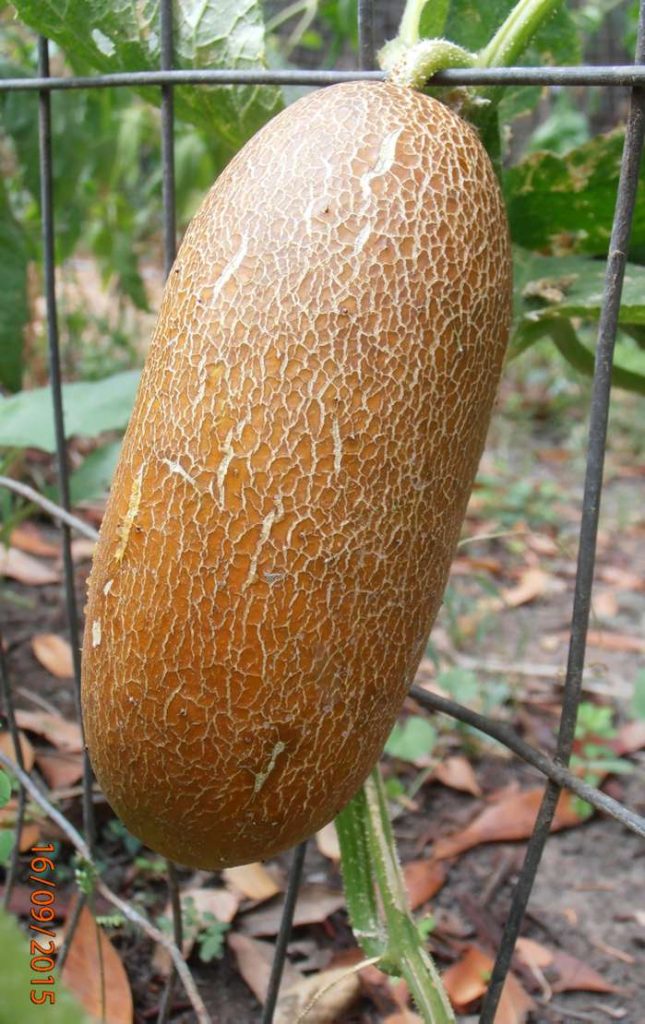 This ‘Russian Brown’ cucumber is one of the unusual varieties Doug Oster will grow this season. Photo courtesy of J.L. Hudson Seedsman

‘Russian Brown’ cucumber was the first variety I ordered. Here’s the description from the catalog: “Everyone who grows this says it is the strangest looking and best tasting cucumber on the planet. Ukrainian heirloom with distinctive brown netted skin and crisp white flesh. Mellow flavor, never harsh or bitter, best at 5 – 7″. Hardy and prolific.”

Cucumbers didn’t get planted last season in my garden, which is sad because they are my daughter’s favorite garden vegetable. Growing a variety like this one will assure they will be planted this year.

Next is ‘Three Root Grex’ beet. It’s a cross of Lutz Overwintering, Crosby Purple Egyptian, and Yellow Intermediate Mangle. The beets are varied in shape and sizes and will be in red, pink, and orange. The catalog says they are all sweet and tender along with being great to harvest greens from. I love beets and I’m excited to start this unique mix. I’ll actually plant the seeds in flats and get them started early. They’ll go into the ground in April.

This pepper will wake you up

The ‘Xigole’ pepper is a hot one. (The name is pronounced ‘she-GO-lay.’) I know I’ll be giving a few plants to my friend Dave Taiclet. (I wrote about his obsession with hot peppers here.) The plant produces very small hot peppers that grow upturned and are bright red when mature. According to the catalog it’s a long-lived perennial in the cool Oaxacan mountains but needs more warmth than Manzano to really thrive. It’s said to be extremely hot. Also called ‘Soltero’ (bachelor), a humorous allusion to the shape and upright habit of the fruits. One customer said this of the pepper: “I grew this for several years and it provided all my hot pepper needs with plenty to give away. I liked it because I could carry over a plant or two in a sunny window. It carried on until Christmas and started blooming again as soon as I moved them outside for the summer. They bore like this for two or three years. Also it was the hottest pepper I’ve ever grown, including Habanero and Serrano.”

I’ve never heard of huazontle (Chenopodium berlandieri) before, but the description made me want to grow the plant. “Ancient Mexican vegetable, producing an abundance of mild, spinach-like leaves, and the flower clusters are steamed, boiled, or battered and fried. Ripe seeds ground as meal. Very easily grown and very productive and delicious. Germinates in one to two weeks.” Sounds easy enough to grow. Over the years I’ve tried a wide range of greens and have always enjoyed them, even though most I’d never grown before. This will be a fun experiment. 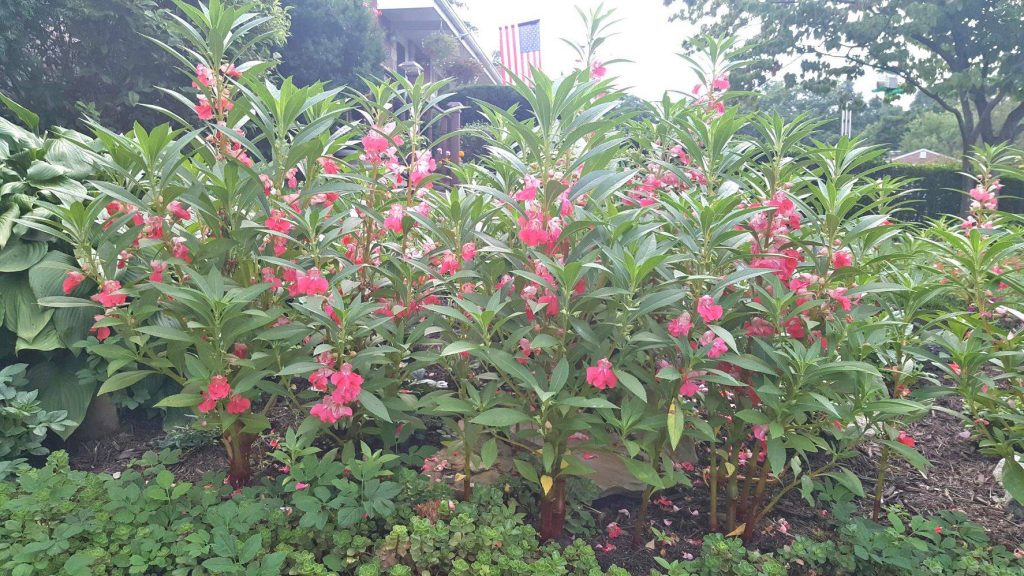 Glenn and Phyllis Riblett have grown these beautiful balsam seeds for decades. Photo by Glenn Riblett

I think Impatiens balsamina are what Glenn Ribblett simply referred to as balsam flowers. He offered to sell readers all his extra seed as he wanted others to get as much enjoyment out of the plant as he has with his wife Phyllis. I wrote about the couple’s life together in the garden.

‘Camellia-Flowered Mix,’ is the variety I ordered. The seeds produce large fragrant double flowers in a nice range of colors from red, rose, bi-colored, pink, and white, from July to frost. It’s a hardy annual reaching two and a half feet tall in full to part shade. “A lovely old-fashioned annual,” the catalog says, “much nicer than the modern types.”

Rapunzel, Rapunzel let down your hair

Campanula rapunculus might be the most unusual variety ordered this season. It’s also called ‘Rapunzel’ or ‘Rampion.’ It’s an ornamental edible that produces sky blue, three-quarter inch bell-shaped flowers during the summer. It’s a hardy biennial that reaches up to three feet tall and is hardy to zone 4. The edible parts of the plant are the young roots, which are eaten raw or cooked, and the leaves and flowers are also said to be good in salads. “This is the famous plant featured in the fairy tale ‘Rapunzel’, involving the theft of rapunzels from a witch’s garden. There were formerly cultivated varieties with large roots, but these are extinct, and an interesting project would be re-selection. Germinates in a week.”

Here’s a complete list of plant and seed companies created by readers of Everybody Gardens.

How to start seeds indoors.

Video: Milkweed seeds need stratification for good germination. Here are 3 ways to get them to sprout.