Frank Pizzi is dwarfed by a giant banana tree with dark metallic purple stems and almost impossibly huge strapping leaves in the Jungle Odyssey exhibit at the Pittsburgh Zoo and PPG Aquarium. 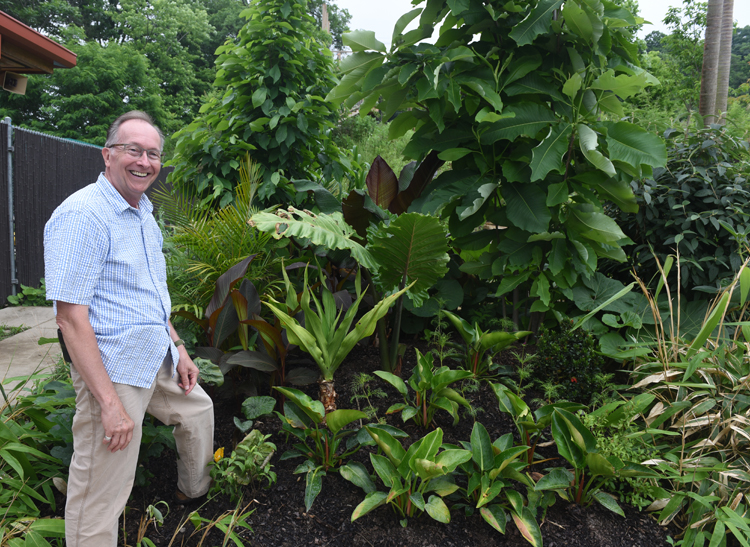 Frank Pizzi is curator of horticulture and grounds at the Pittsburgh Zoo and PPG Aquarium. He’s got lots of great ideas for gardeners interested in growing tropical plants. The Jungle Odyssey exhibit at the zoo showcases many of the plants he recommends for home gardeners. Photos by Doug Oster

While many visitors are intrigued with the giant anteaters, playful capybaras and ocelots, gardeners can discover an array of tropical plants that could be used in their own landscapes. The area is relatively new, opening last year, and daring visitors can even get an bird’s-eye view of the plants by riding a zip line.
Pizzi is curator of horticulture and grounds here, and, as the foliage of the tall trees sways in the breeze, he explains that with the right care, bananas can work in the home garden, too.
“Bananas take a lot of extra water,” he says. “A lot of the big leaf tropicals need more water.”
Some bananas are hardy enough to survive outside in the winter after being cut to the ground and mulched, but others are better off wintering indoors.
“Whack it two of three inches from the base,” Pizzi explains. “It will send up pups and you’ll have a cluster of bananas, some of which you can separate off and pot into other containers in the spring.”
He adds that they could also grow inside as a houseplant. Of all the tropicals grown at the zoo, bananas are the most deer-resistant. “We’re not sure why that is,” he says with a smile.
Cannas also are growing throughout the exhibit. Their large leaves are perfect for the tropical look, but Pizzi is not a fan of the flowers, often removing them in favor of the foliage. The tubers can be dug and saved all winter; in fact he stores “a small pickup load” of the zoo’s cannas in his basement under a porch. The key to saving them, he says, is to store them in onion bags where temperatures are 40 to 55 degrees. After frost blackens the foliage, dig out the tubers, shake off as much dirt as possible and then put them in the bags.
There’s an understory plant growing around the exhibit that would be a great choice in any garden.
“The ginger family,” he says, “they are tough, resilient and can work as houseplants.”
This foliage plant grows about two feet tall with pointed leaves, and many varieties have nice variegation. There are some spectacular bromeliads blooming here too, with dark purple foliage with showy red and orange flowers. 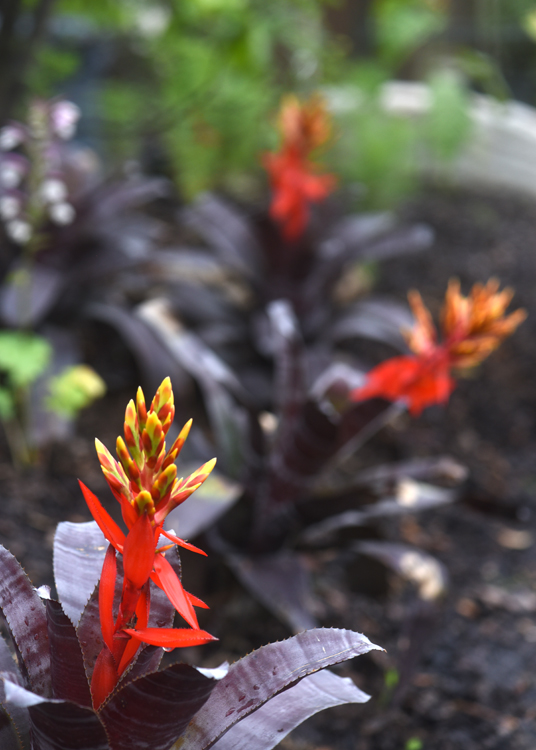 Ginger is one of the tropical plants Frank Pizzi, curator of horticulture and grounds at the Pittsburgh Zoo and PPG Aquarium recommends for home gardeners.

One of the plants he’s also using for the tropical look are elephant ears — alocasias and colocasias can both be easily grown by home gardeners and then overwintered indoors. ‘Dark Night’ is deep purple and planted in beds, but also under taller plants in containers. Pizzi has a great way to save them when the weather turns cold.
“When we bring in the big green ones, we cut off all but two leaves and make them start over again,” he says. “What it looks like in September, when you bring it in, cannot be sustained in your house.”
When they are growing outside, he says, they need lots of water, but when brought inside, they need to be kept on the dry side. They will limp along by a window and then happily return to their true form outside when the weather warms. “People think if I cut it down, I’m going to kill it, Pizzi says of many of the tropicals. “Not so much. You want to slow everything down. Whack it, don’t be afraid.”
There is a plant growing in the exhibit that’s perfect for the zoo, but not for every garden. Big leaf magnolias are slow to establish, but become huge and act as a focal point here. It’s not for a city lot, but might work in a garden set on acres of land. “It’s like when you plant a cute little spruce next to a mailbox and then the house disappears,” he says with a chuckle.
Pizzi has created a display filled with plants that he hopes takes visitors to another place.
“I want them to feel like they are not in Western Pennsylvania first of all, that it’s a tropical feel,” he says. “But it’s also an example on how you can use some of this crazy foliage in their own landscape. If we can do it, they can do it. We don’t have any magic pill here. It’s just good soil, sunlight and water.”

other stories, videos, blogs, tips and more at everybodygardens.com. 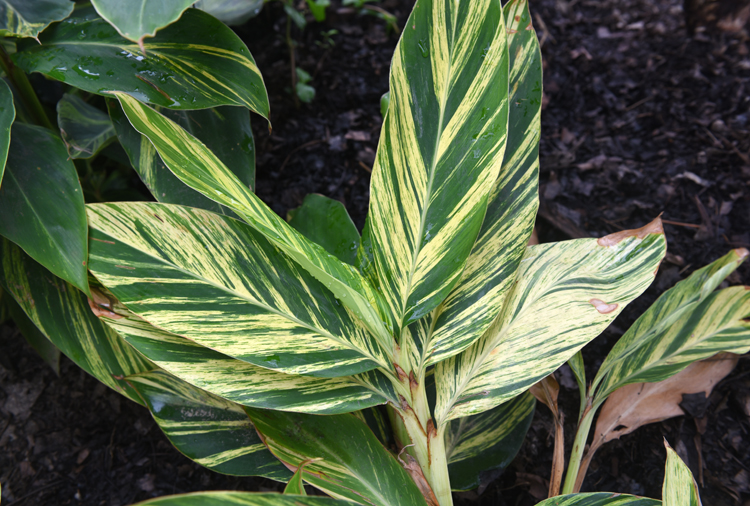 This variegated ginger is one to the tropical plants Frank Pizzi, curator of horticulture and grounds at the Pittsburgh Zoo and PPG Aquarium recommends for home gardeners.