Dr. Peter Zale became fascinated with trees as a child growing up in Olmstead Falls, Ohio, near Cleveland. One day his parents took him to Holden Arboretum in Lake County wanting to encourage his interests in plants. While visiting he picked up a flyer that had a beautiful ink drawing of a yellow lady’s slipper. 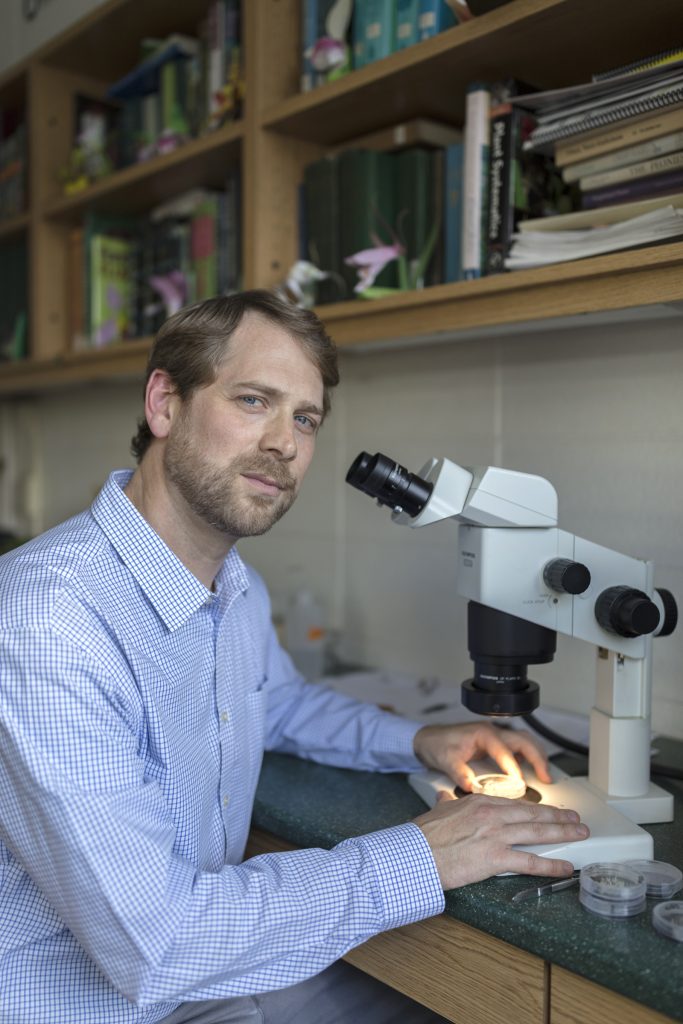 “I remember looking at it and thinking, ‘Oh my gosh, you could find this outside here?’” he says. “It was a revelation.”

At the time lady slippers were just coming on to the commercial gardening market, which prompted Zale to buy what he could find.

“My mother’s front yard, she had three species of lady’s slipper,” he says with a chuckle. “It’s something I’ve always been interested in.”

He’s teamed with Kristi Allen and the DCNR as part of Longwood’s Plant Conservation Program, which works to bring back a host of struggling plants.

One rare plant he focuses on is Cypripedium parviflorum var. pubescens, known as the large yellow lady’s slipper. There are only two areas known in Chester County where this spectacular plant grows and some other populations around the state.

The first area holds only about a dozen plants, which luckily grow in a protected nature reserve. One of the managers took the team to see the plants and was interested in rehabilitating and maybe augmenting the drift of orchids. At the time it was thought to be the only place the plants grew in the county. 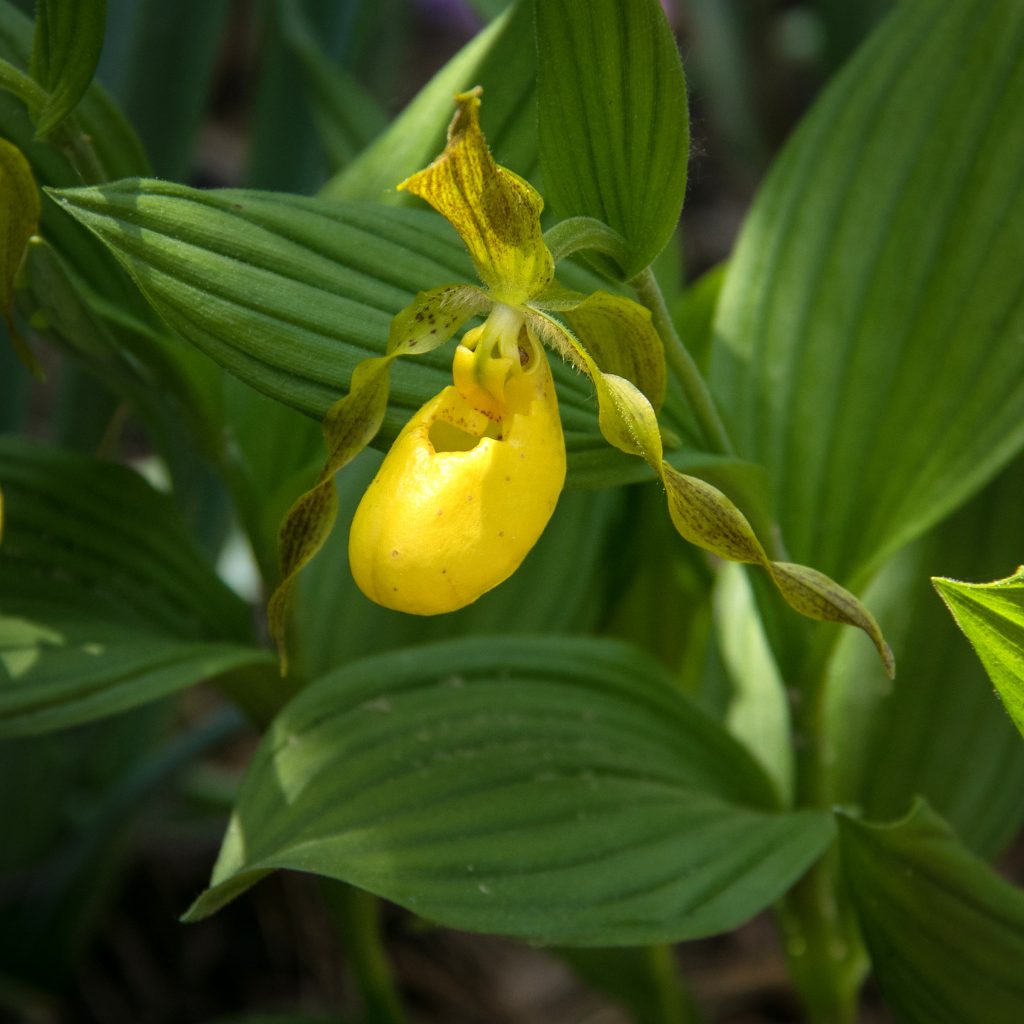 Cypripedium parviflorum var. pubescens, known as the large yellow lady’s slipper is one of the native orchids that Dr. Peter Zale from Longwood Gardens is working to preserve in consort with the Pennsylvania Plant Conservation Network, part of the Pennsylvania Department of Conservation and Natural Resource’s Bureau of Forestry.

Finding a new population of orchids

The other group of plants numbers in the hundreds and was discovered by one of Zale’s colleagues while walking a dog, which caused quite a reaction.

“I’ve seen them in many other places before,” Zale says. “It was really quite thrilling to see such a healthy robust population with many other plants that are now rare in Chester County; it’s really a special site.” 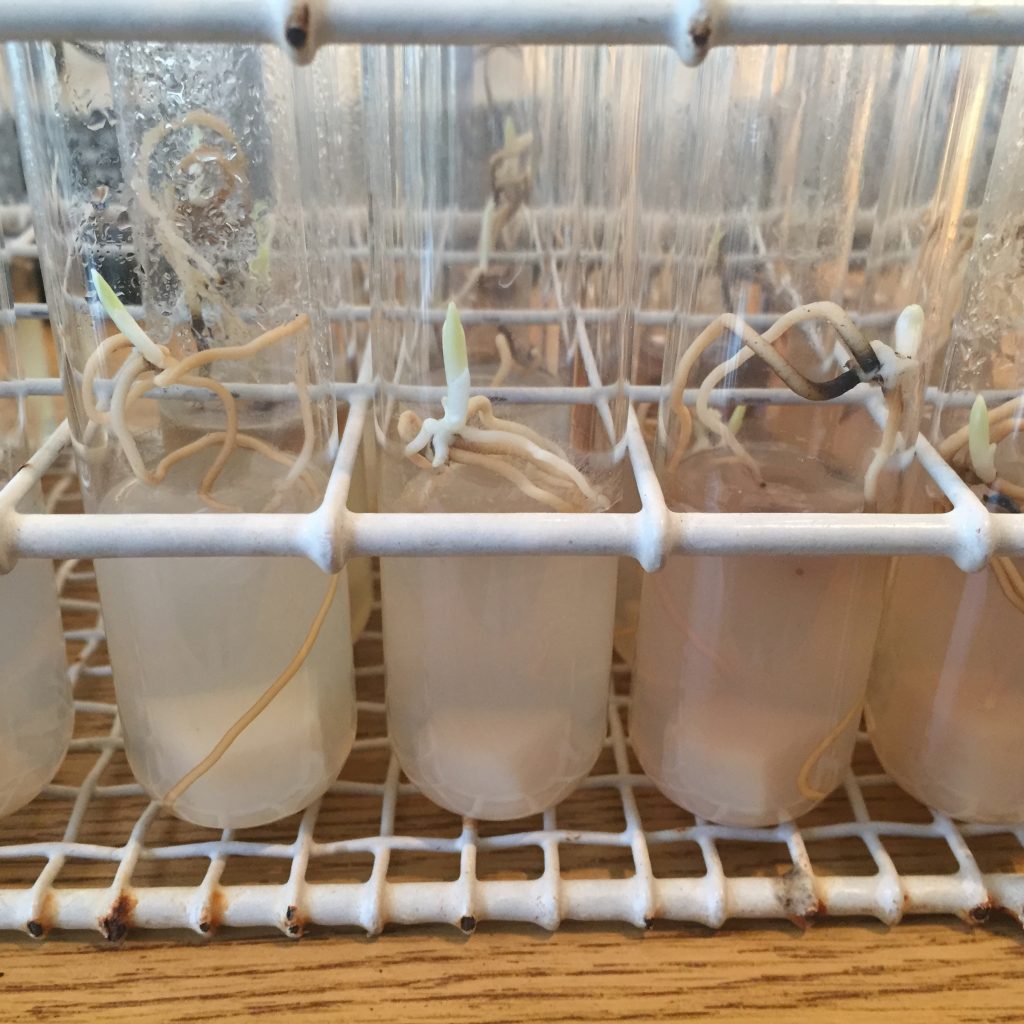 Some of the orchid growing in the lab of Dr. Peter Zale at Longwood Gardens.

One mystery about the orchid is what insect pollinates the beautiful yellow flowers. Part of the job of the conservationists is hand pollinating the blooms.

After hand pollination, the group returns to harvest the seed capsules when they are immature. Deer will leave the plant itself alone, but they feast on those seeds. At Longwood they have produced hundreds to thousands of seedlings.

Through their research they have developed a protocol for pollination, what day to collect the seeds, what medium to grow them on, how to produce a lot of seedlings and then acclimatize those to the greenhouse and ultimately to the gardens or natural lands for restoration.

“There’s this myth that all of our native orchids are hard to grow,” Zale says, “but things like large yellow lady’s slippers are actually quite easy to grow.”

Experimentation continues to discover when the orchid should be planted outside again.

“We’re just now to the point this year where I think we have large yellow lady’s slippers that are big enough to plant out,” he says.

He has nothing but praise for his partners who work with him to save this plant and others.

“We’re really exited about what DCNR is doing. One of the great things about Pennsylvania, the DCNR has such a progressive approach to conservation.

“If you don’t manage the habitat, Zale warns, “the plants go away and sometimes really quickly. I think that just underpins what the DCNR is doing and will really move things forward.”

When asked what it feels like to prepare for planting out lots of this special orchid and working to save others, he pauses for a second and says, “I’ve been interested in native orchids since I was a teenager. I’m pretty excited about it, I have to pinch myself sometimes.”

Endangered plants get a helping hand.