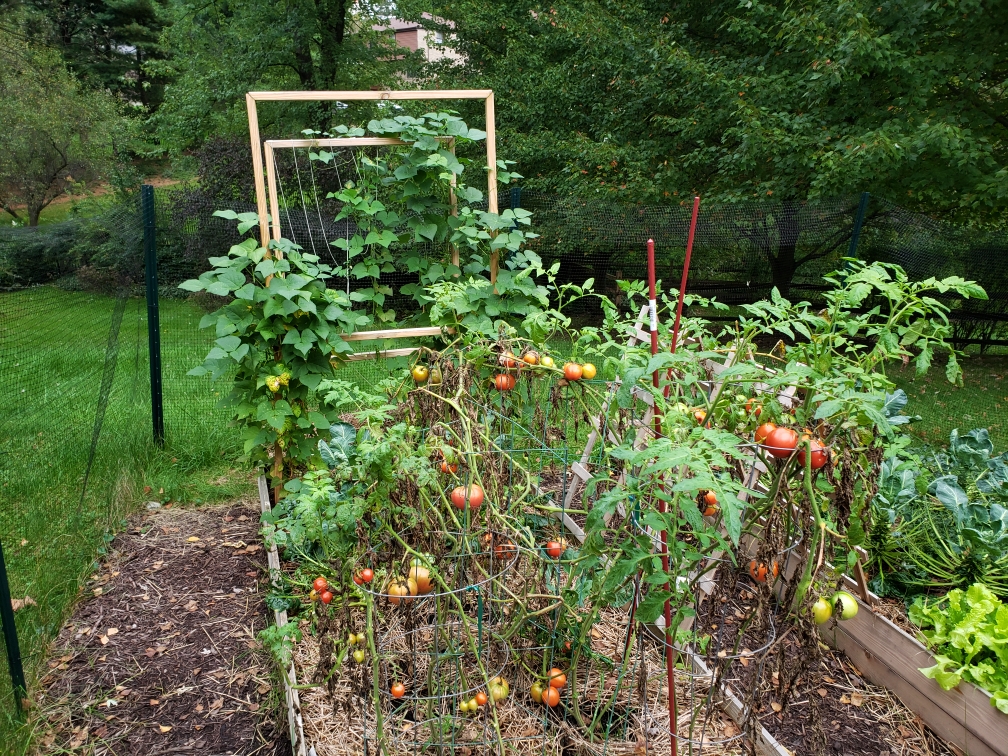 How is it possible to still have this many tomatoes in October? I honestly didn’t think they’d still be going, but in this case it’s better late than never after a slow start this summer.

Some of the plants are on their last legs, and they don’t look nearly as strong as they did a month ago. But as you can see in the picture above, there’s plenty of red left … and this after harvesting about 20 tomatoes in the past two weeks. My neighbors were the beneficiary of a few and my father-in-law has been the big winner with about 10. It feels good to share the wealth.

Doug says: You should be proud of how that garden looks so late in the season. That’s a pretty impressive first year. One of the wonderful things about having a garden is sharing the bounty with others. Garden tomatoes in particular are coveted by friends and family who don’t garden.

We’ve also filled about two giant bowls of green beans over that time period, too. And that’s with only a few plants growing because I didn’t get them enough opportunities to climb. I already know next year what I’ll be doing differently with beans to get even more of the one thing I’m growing that everybody in the house likes. 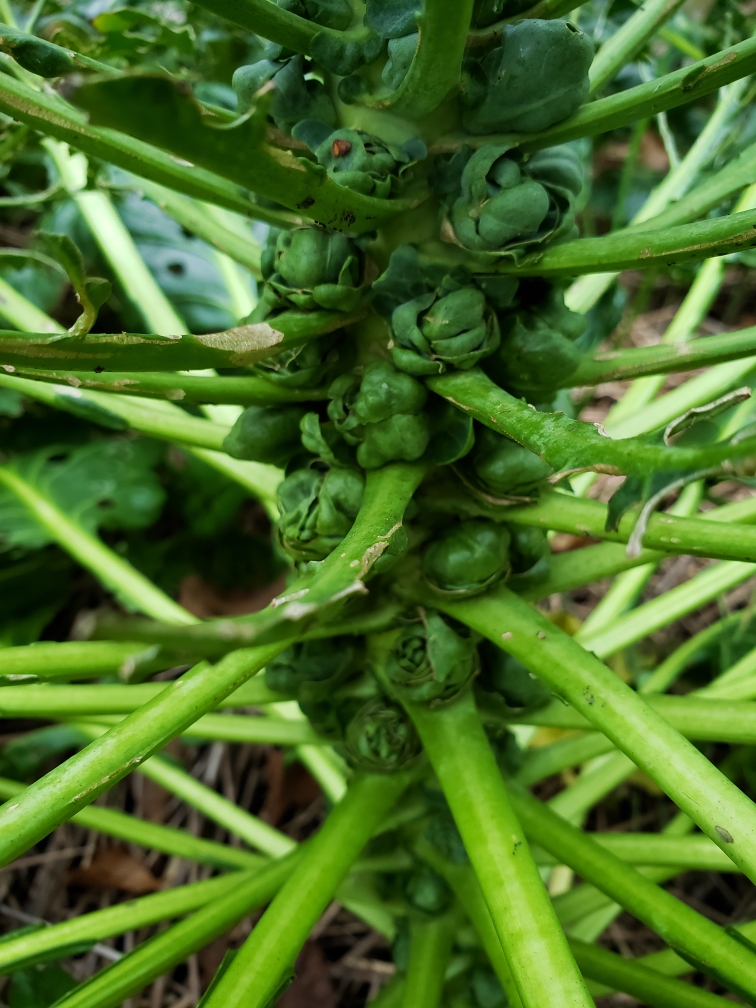 My biggest question mark has to deal with the Brussels sprouts plants. They’re still going, but the leaves look really ugly. But there appear to be tiny heads growing, so I’ve let them go. I’m pretty certain I won’t be growing them next season because they’ve eaten up a lot of space and haven’t done anything for me in five months. 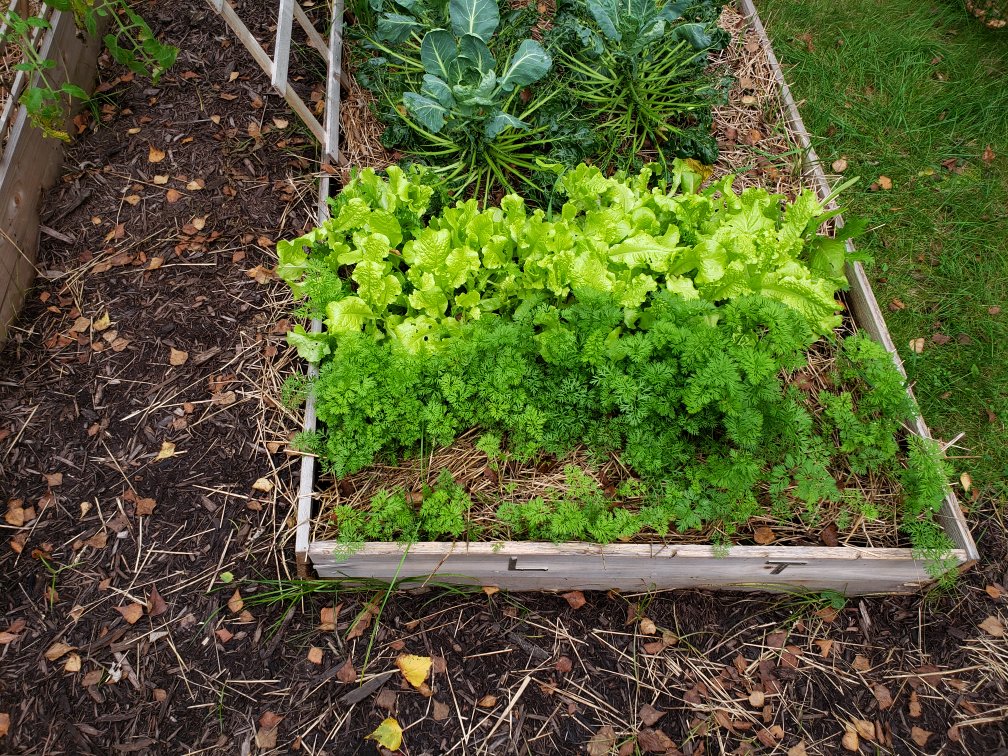 The lettuce and carrots that I planted from seed have been growing strong, with several salads worth of lettuce so far. I know I still need to thin the carrots, too.

The one downside of this great weather is that I haven’t wanted to pull out anything because everything appears to still be producing. So I haven’t got much fall planting done except for one row each of lettuce and carrots.

I’ve got three packets of seeds waiting to go in the ground, courtesy of the Everybody Gardens Seed of the Month club (you can join here), so I need to plant Radicchio, Turnip Greens, and Mache Corn Salad. And if you haven’t heard, Doug likes his garlic, so I’m going to give that a shot, too.

Doug says: I’m glad you decided to leave the Brussels sprouts in, they love cold weather and actually taste better after a few frost. Depending on the winter, they can go all the way into January. The lettuce and carrots are going like gangbusters. I’ll be interested to see the carrot thinnings, it looks like you’ll have a bunch of baby carrots.

Next up is figuring out how to extend the season. As I’ve learned from Doug, there are a bunch of ways to cover up the veggies, like a floating row cover or a cold frame. I just have to decide which one to utilize.

Doug says: Probably the easiest way to protect the lettuce, carrots and the new crops you’ll be planting is by using a floating row cover. It’s an inexpensive spun bound, translucent fabric that is so lightweight the plants can hold them up. You can find them at any good nursery. Using the row cover is like making a little greenhouse out in the garden. The plants will be happier with a little protection through the cold. 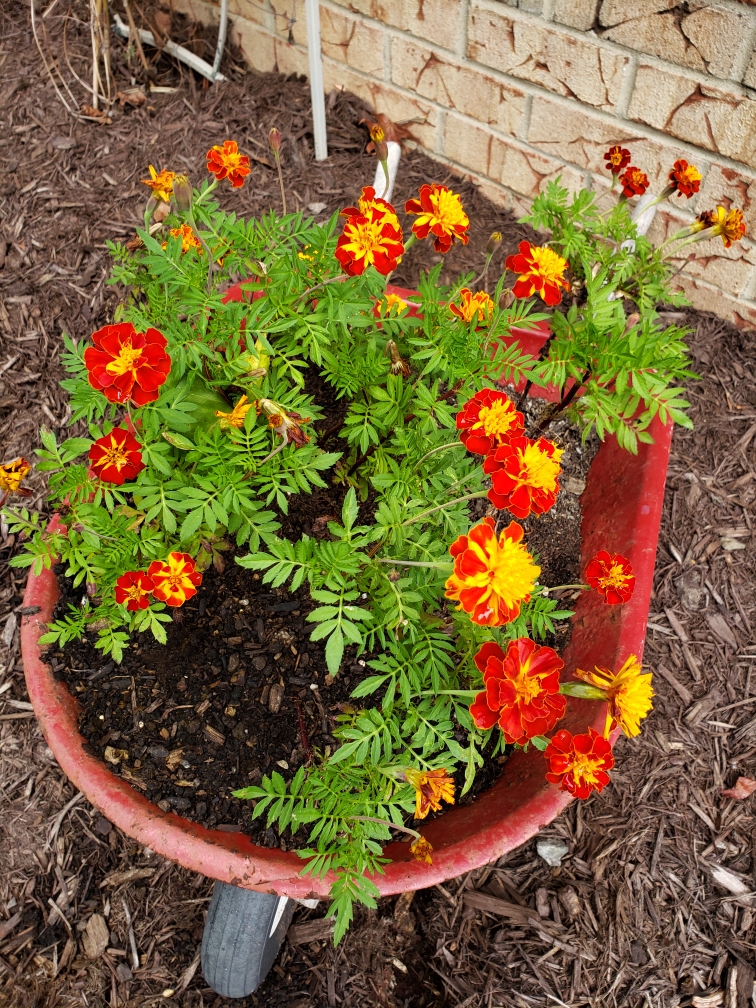 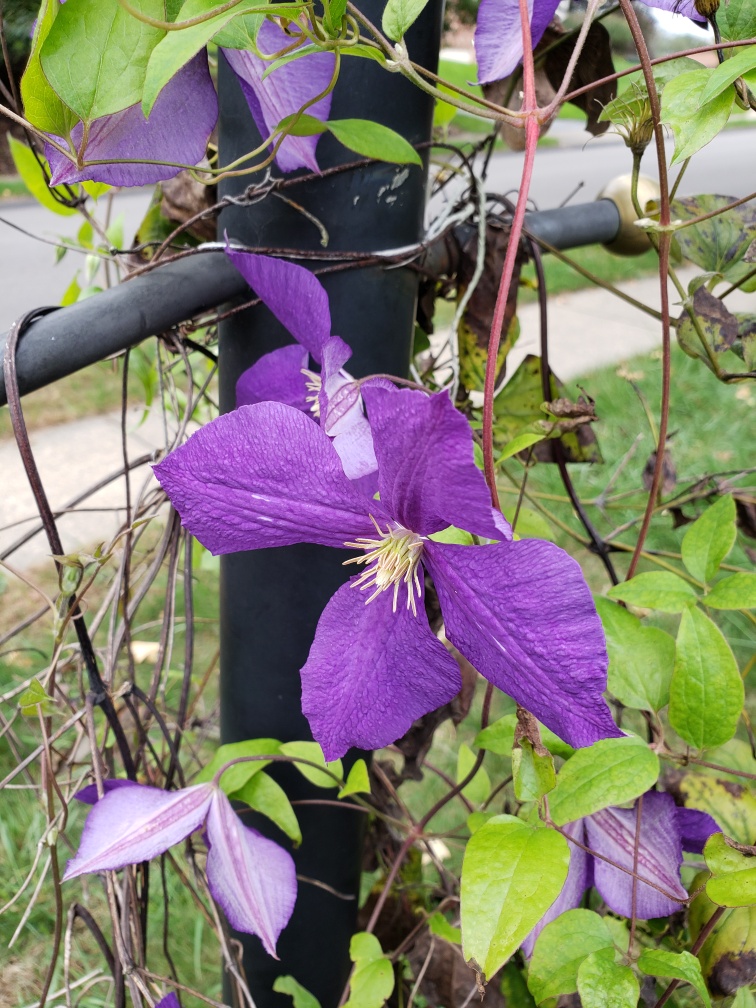 It’s also been fun to see flowers still going strong in the fall. A few months back, I transplanted some marigolds from a container on the side of my porch to two containers out front in partial shade where they’re doing well. And this recent warm weather brought back some clematis that the deer had chomped earlier this summer.

Part 7: Vacation Return Brings a Few Vegetables And A Letdown

Part 8: Tomatoes Are Finally Growing (And Other Updates)