There is growth in the garden, and it’s pretty interesting to see. 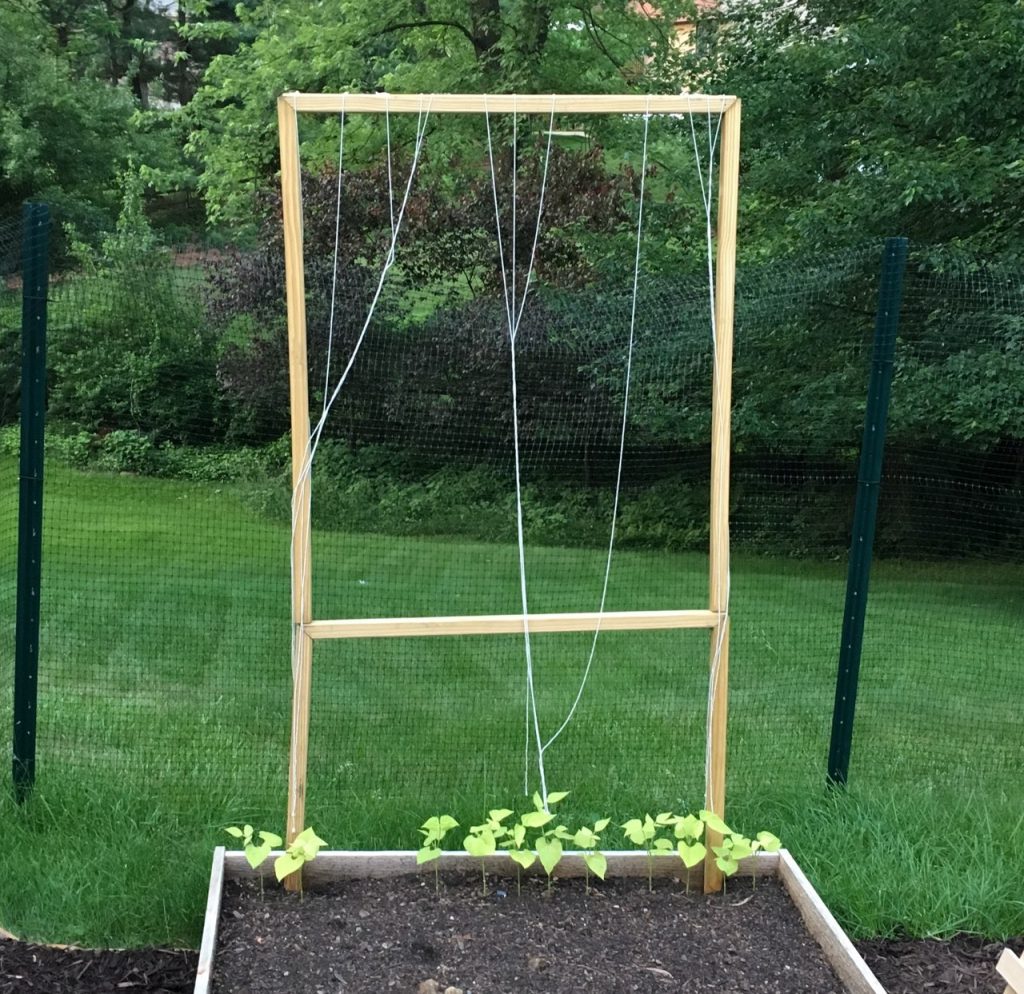 Green beans with a makeshift trellis.

Nothing has grown as fast as the beans I planted on the back left of the garden. Spaced three inches apart (as the directions indicated), it’s been a steady growth ever since they sprouted. I added a trellis that I cobbled together from fence posts because I read that these are climbers. I added string for the beans to climb, but I didn’t actually think of a way to keep the string stationary, so the winds been blowing them all over the place. Thankfully, they’re not that big so I’ll have time to figure something out. 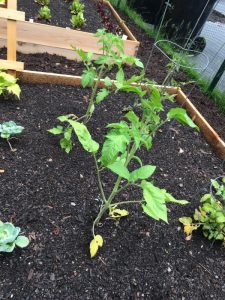 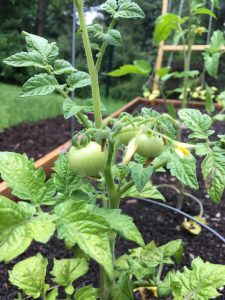 At Doug’s annual plant swap, I picked up two of the ‘Limbaugh Legacy Potato Top’ tomatoes that he really loves. They’ve had some nice growth since I added them to the garden on May 20.

It was also a surprise to see actual fruit growing on the cherry tomato plant a few days ago.

Doug says: It’s exciting to live through a first time gardener vicariously. Once those beans start sending out tendrils, they will grab onto the strings with a little help. Cherry tomatoes are usually the first plants to put on fruit. I hate to say it, but you’re ahead of me! Everything is looking good. 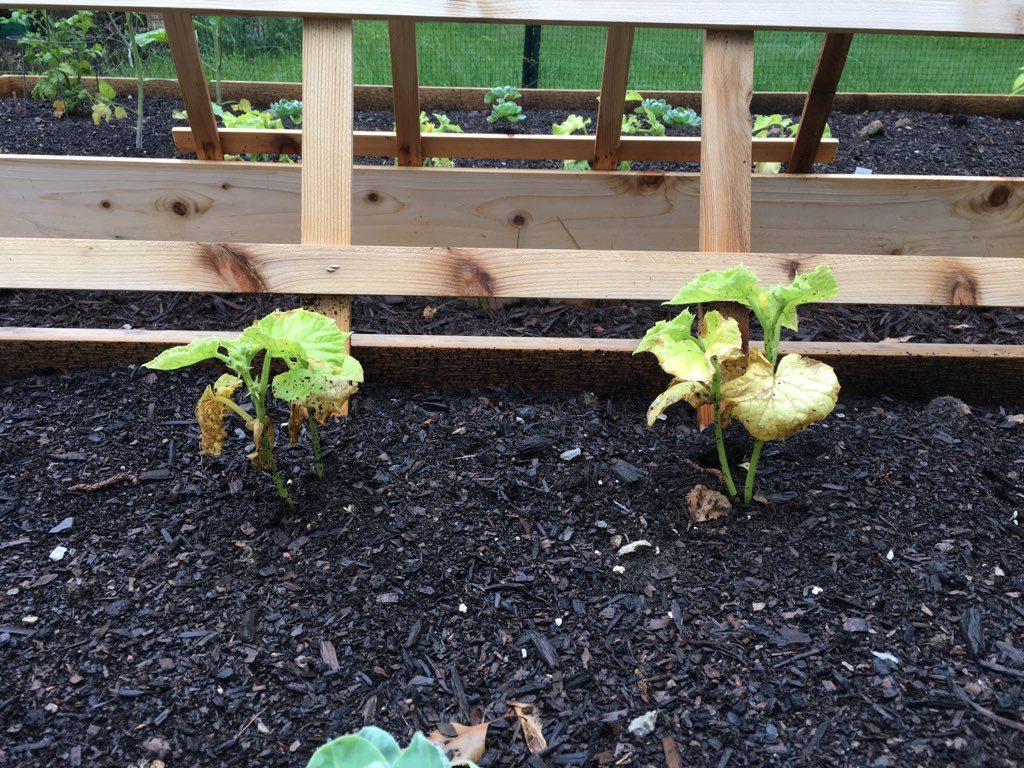 Cucumbers haven’t grown that much and seem to be more pale.

One area that I’m a little nervous about is the cucumbers. They haven’t really grown that much since I planted them, and they’re starting to get more pale and more yellow than green.

Doug says: Wait it out, they love warm weather and will take off. Were these started from seed or plants? They are usually happier when the seeds are direct sowed into the garden. 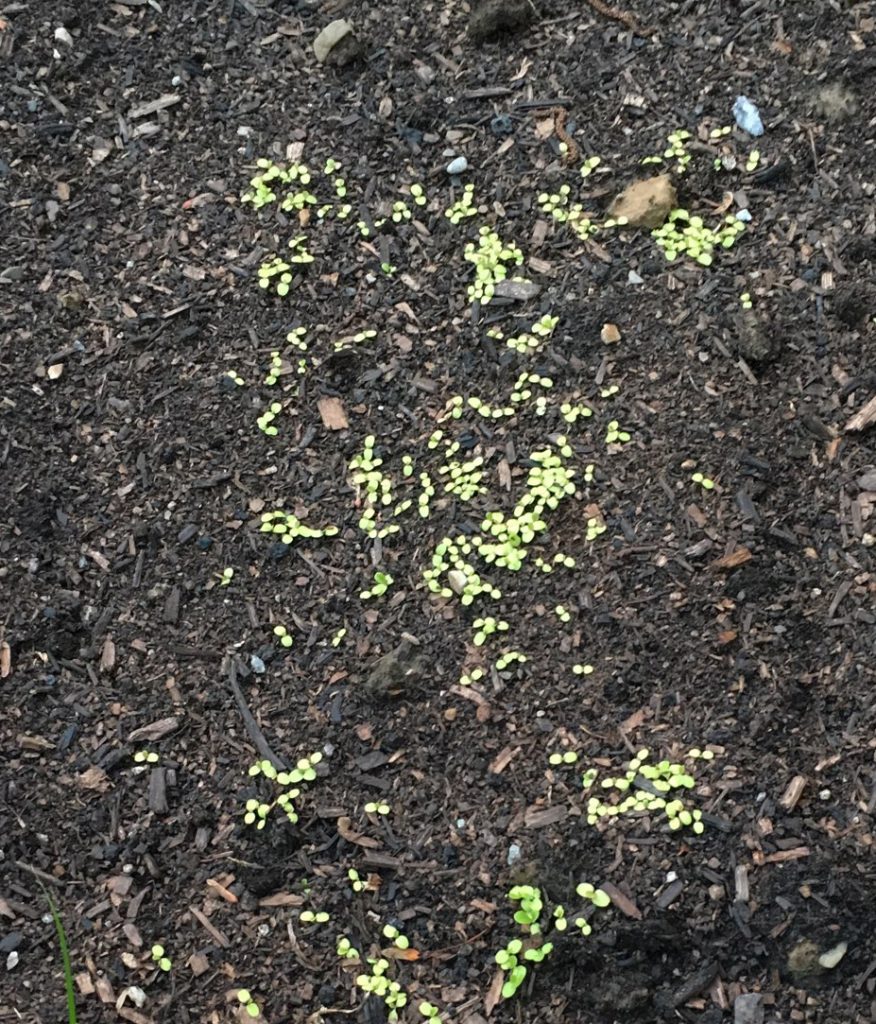 Lettuce seeds have sprouted … and stalled 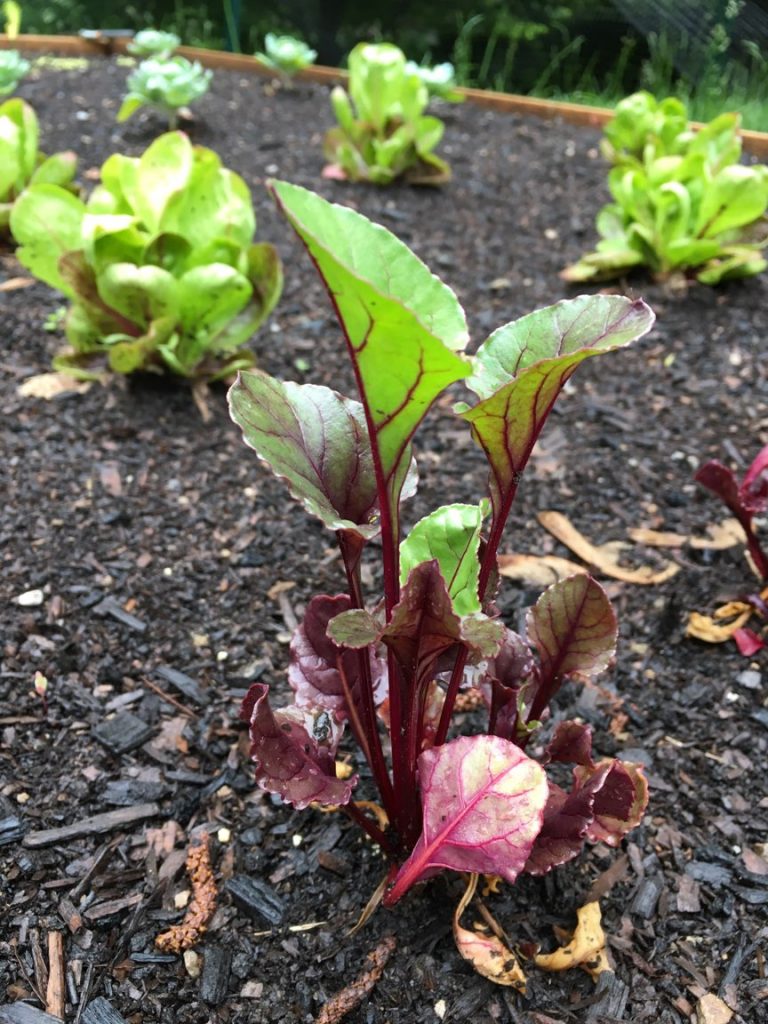 This beet’s leaves have grown taller than the rest.

Another failure seems to be lettuce that I attempted to grow from seed. One of my kids sprinkled the seeds, which sprouted. But they haven’t done much else than that.

The beet leaves have been growing, and the one above looks the most promising (not that I know what I’m talking about…)

In the meantime, I’m going to add another trellis or two for more green beans.