Legacy of ‘Uncle Punzo’ lives on through gardening

In the warmth of a little greenhouse tucked behind a brick house along a side street in Jeannette, John Wassel ladles out some of his homemade salmon chowder. It’s one of two greenhouses that overlook expansive gardens.

A black metal sign is tied with frayed string to an old water line. In ornate gold letters, it reads “Punzo’s casa verde.” It’s named for Frank “Punzo” Panichella, the uncle of Wassel’s wife Jackie and the man who taught Wassel how to garden.

“I got to know Uncle Punzo. He needed help; it just happened. I fell in love with gardening,” the 75-year-old says. They met while Wassel was courting Jackie (and they’ve now been married 54 years). 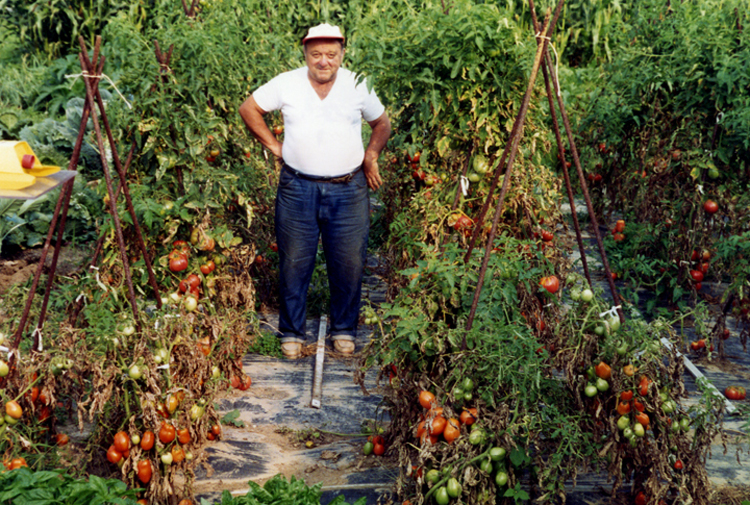 The late Frank “Punzo” Panichella poses in his Jeannette garden. This week’s story for Everybody Gardens explores his special relationship with John Wassel. 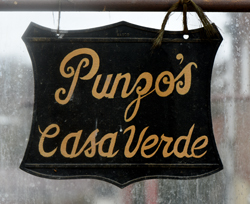 This sign hangs in the greenhouse of the late Frank “Punzo” Panichella.

The good-natured nickname “Punzo” means fat belly in Italian. Panichella, who passed away in 2008, came to Jeannette looking for work after returning from WWII with a Purple Heart. After an early 1950s recession, he lost his railroad job and opened Balaccis, a local store, pool room and card shop where veterans and others would gather.

Many of his friends from Balaccis became his lifelong garden helpers. Over the years Panichella acquired adjacent lots that increased the size of the garden to at least an acre. At one point he harvested more than 25,000 peppers. The garden was a meeting place for friends and family, where homemade Italian wine flowed and stories were told. “They’d gather here, they wanted to be together, they were all gardeners,” Wassel says of the group. “Those who weren’t gardeners would pick tomatoes and peppers by the bushel.”

Wassel has kept the gardens going, although they are slightly smaller than in their heyday. He only puts in a mere 135 tomato plants and 85 peppers. He’s also planting the huge area with cabbage, herbs, parsnips, leeks, onions, shallots, peas, beans, Swiss chard and many other vegetables.

The avid fisherman enjoys quiet time spent outdoors on the water, in the garden and sowing seeds under glass. He uses Uncle Punzo’s greenhouses to start his seeds in 30 to 40 flats, the same way his mentor did. Wessel holds an old plastic red tool — which makes planting small seeds easier — used by Panichella.

“I got involved here,“ Wassel says, “just putting the seed in the ground and seeing what happens, I was hooked.” 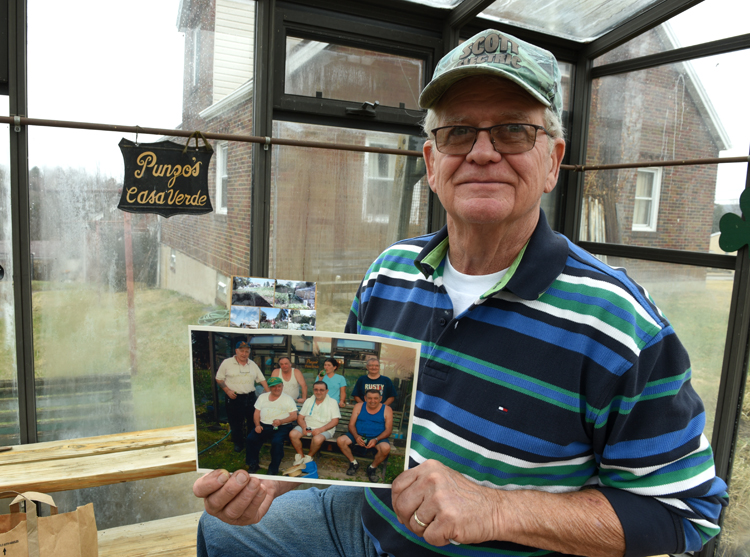 John Wassel proudly shows of a photo of “Uncle Punzo” and the gang that worked in his large garden.

He’s sowing many of the seeds that have grown here for decades. Pete’s pepper is named for one of the gang, and he’s found a similar variety which is commercially available called ‘Sheepnose Pimento.’

“It’s the first out of the garden because it’s small,” he says proudly of the deep red, round peppers. He also sows an old Italian heirloom tomato Panichella grew for decades called ‘Cow Teat,’ a long tapered red variety great for making sauce. Two other varieties resemble it too, ‘Polish Linguisa’ and ‘Jersey Devil.’ 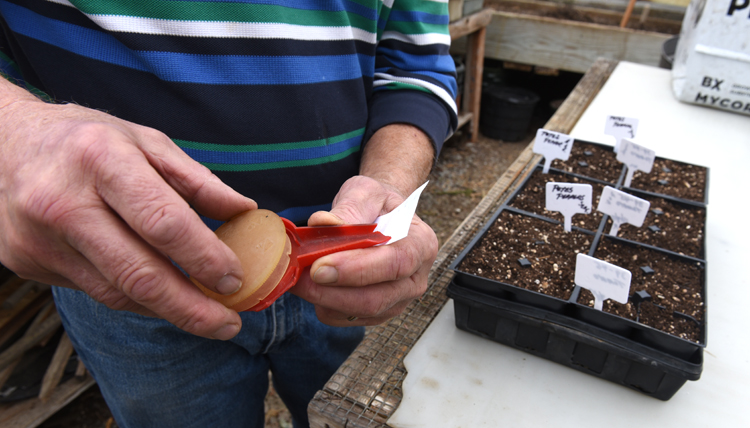 Just like Panichella, he cans much of what he grows, but also shares it with friends, family and the needy.
“Uncle Punzo and I got to be very close,” Wassel says as rain beats down on the greenhouse. “He was very instrumental in teaching me. I went to see him before he passed, and I thanked him for spending all that time with me.”