Rick Darke sees beauty where others don’t. He’s a renowned garden personality, author, photographer, designer and, maybe most importantly, something called a landscape ethicist. He’s spent much of his career obsessed with converting industrial sites into amazing public landscapes. 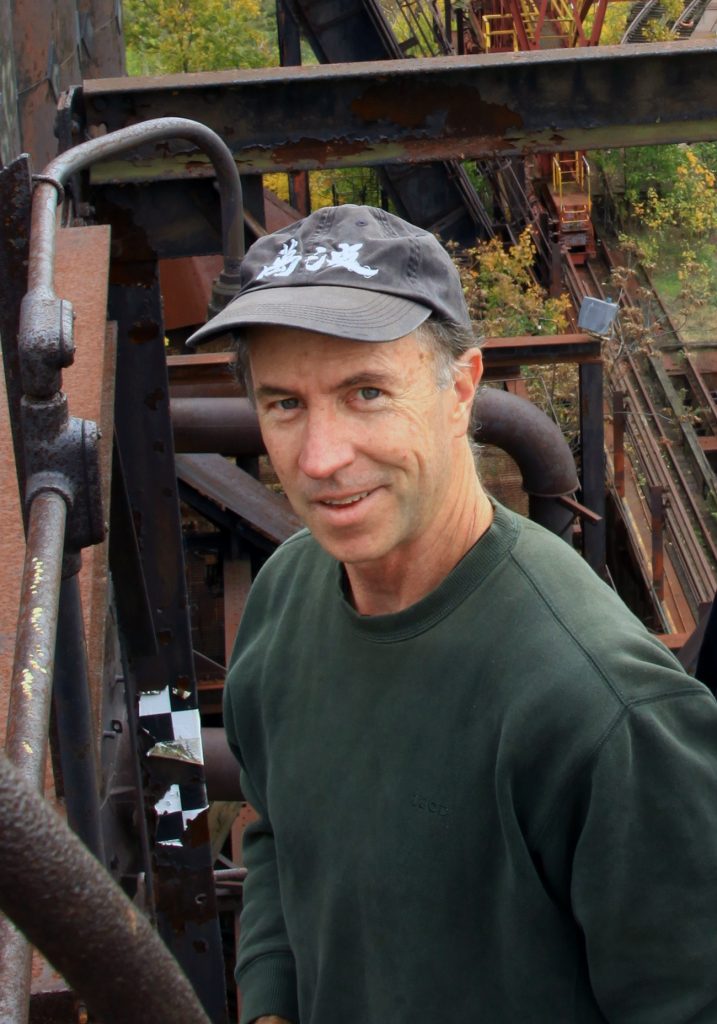 Rick Darke at Rivers of Steel: Carrie Blast Furnaces National Historic Landmark. He’ll be appearing at the site this month.

It was more than a decade ago when he was flying over the Pittsburgh region in a helicopter looking at the Pittsburgh Botanic Garden from above. He was getting an aerial inventory of the forest, trying to help the organization get started.

“On the way over there, we flew over Carrie Furnace,” Darke says. “I asked the pilot to do a couple of circles around this thing.”

He started asking around about the site and got a meeting with the team that was converting the area into a public space. As the sun beat down on the group, Darke was left alone as the others retreated from the heat. The initial plan was to remove the trees and other plants, which Darke strongly disagreed with.

But there was no budget for soil remediation or an expensive landscape plan.

“Why don’t you just save some of this stuff,” he said of the plants already in place.

He’s working all over the world helping to turn places like Carrie Furnace into a different type of landscape. One huge project he participated in was the High Line garden in New York City, built on an abandoned elevated rail line.

Near Pittsburgh, Darke donated many hours helping in the initial planning of what’s now referred to as the Rivers of Steel: Carrie Blast Furnaces National Historic Landmark.

It led to the Iron Garden, a natural landscape filled with many of the plants that were already there. The plant palette is wild and beautiful. 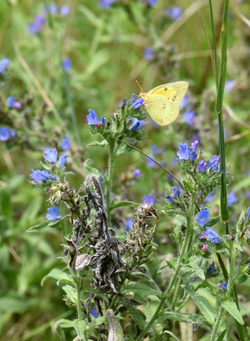 Viper’s bugloss (Echium vulgare) might not be the prettiest name, but the sky blue flowers are luminescent and the pollinators love the flowers at the Carrie Furnaces National Historic Landmark site in Rankin.

A winding path is filled with trees, and it’s so quiet that visitors can enjoy the sound of the leaves being blown in the breeze. Wildflowers bloom in an astounding array of colors, and the flowers are filled with pollinators oblivious to the huge black furnaces that overshadow the entire site. It’s that juxtaposition that’s one reason this garden is so special. Iron placards from the Hunt Institute for Botanical Documentation tell the story of the landscape.

Drake’s love of these industrial sites goes back to his childhood in Essex Fells, N.J., where along with his brother, he would actually enter the local park by crossing active railroad tracks. The creosote aroma from the ties in the heat of summer wafted in the air as he would encounter the silver bells and birches in the park, and that’s something that always stuck with him.

“It’s a child’s delight,” he says of growing up there.

For decades he has explored these types of sites and is driven to preserve them in an unconventional way.

“They are really sensual landscapes and exciting combinations of things,” Darke says. “Once you get the drift of it, if you’re tuned to these things, you can be a tourist anyplace in the world. Some of the least loved, in popular terms, they are absolutely fascinating and beautiful.”

Preservation is key in Darke’s mind when dealing with the spaces. It’s not about wiping it clean and imposing our will with pretty hybrid plants.

“It’s starting with saving everything you possibly can, rather than destroying stuff. This is gardening, it is horticulture,” he says defiantly, “but it’s a very different approach. It’s not about planting, it’s about strategic intervention.”

He’s not worried about the mugwort in the Iron Garden. It would be a costly and exhausting job to remove it.

“It’s green, it’s providing habitat, it’s helping with soil remediation and with hydrology,” he says of the weed.

The Iron Garden is a fascinating and wonderful place, and Darke hopes visitors will enjoy this different landscape the same way he does.

“I want them to be inspired,” he says, “impressed in a nice gentle way in making a lot out of a little.”

Rick Darke will be at the Rivers of Steel: Carrie Blast Furnaces National Historic Landmark on June 28-29. The first day he’ll be presenting Carrie Furnaces’ Iron Garden: Re-imagining the Industrial Landscape about the site and on the next giving a tour. The details are here for the lecture and here for the tour.

For visitors who can’t make those, there’s an Iron Garden Walk along with an Arts & Grounds Tour at Rivers of Steel.

Preserving Pittsburgh’s past with an Iron Garden.

A way to celebrate pollinators.