How to ripen green tomatoes

The last green and blushing tomatoes still hang in the garden. It’s been a longer than usual season and they won’t be harvested until there’s a credible chance of frost. Even then, it’s not critical to have them off the vine, but soon after. 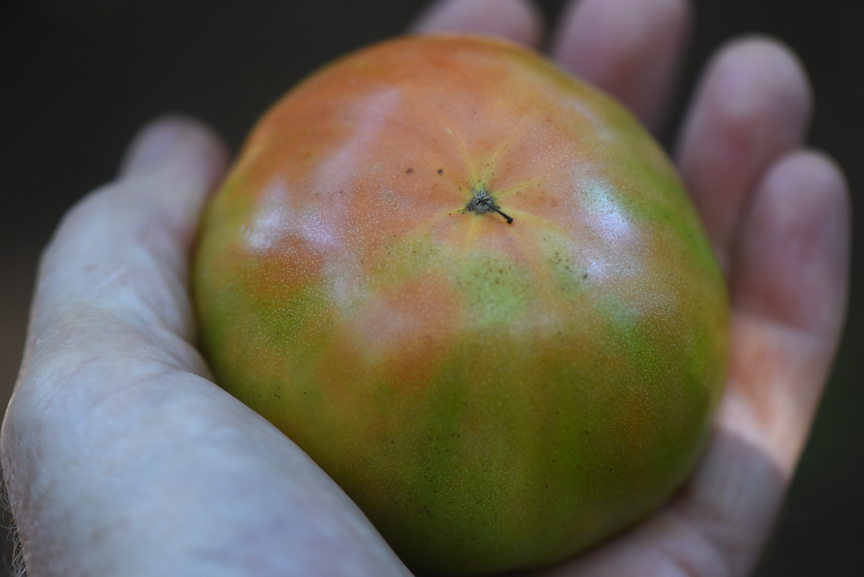 Blushing tomatoes release the fragrance of summer. Save them and let them ripen. Photos by Doug Oster

Holding a tomato which has just started to color and inhaling deeply reveals the aroma of summer. It’s seems like yesterday when the tomato caged were put in the place.

Some years the vines are bare at the end of the season, but there are plenty of fruit left and it should not go to waste. 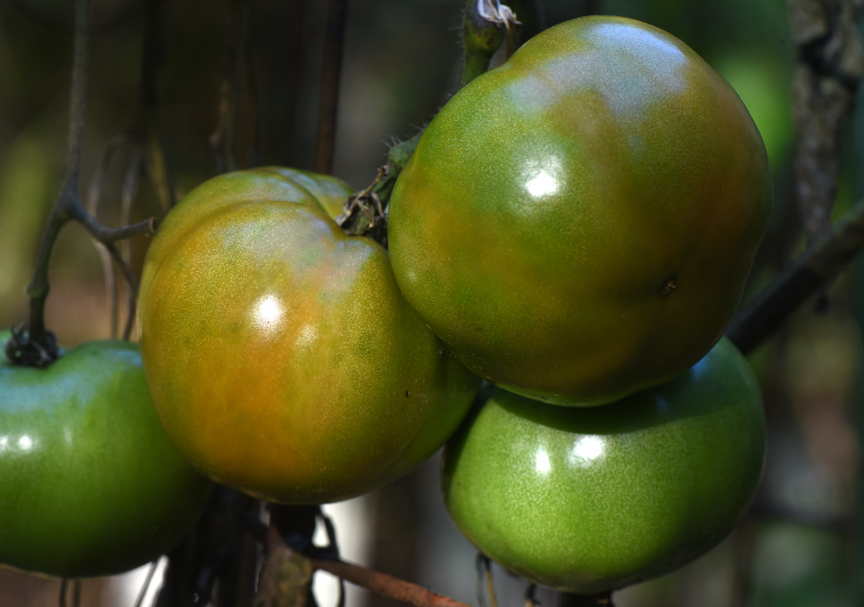 Don’t let these tomatoes go to waste, learn how to store and ripen them.

When the time is right collect all the tomatoes from the plants and separate them by color. One group will be green with no signs of change, others with slight color and the rest blushing. Each group goes into a bag along with an apple. The apple is supposed to produce ethylene gas, at least that’s what they say, which helps ripen the tomatoes. I often wonder if the tomatoes didn’t have the apple in the bag if they would ripen anyway.

Store the bags in a cool dry place, checking on them weekly. There’s always going to be a couple that will rot in the group with the most color, cull them as needed. The others will ripen slowly over the next few months. They aren’t as good as vine ripened tomatoes, but better than anything found in the grocery store.

Very young green tomatoes usually won’t ripen, if the fruit is hard and there’s absolutely no color change, the tomato might be better suited for fried green tomatoes or another recipe for unripe tomatoes. 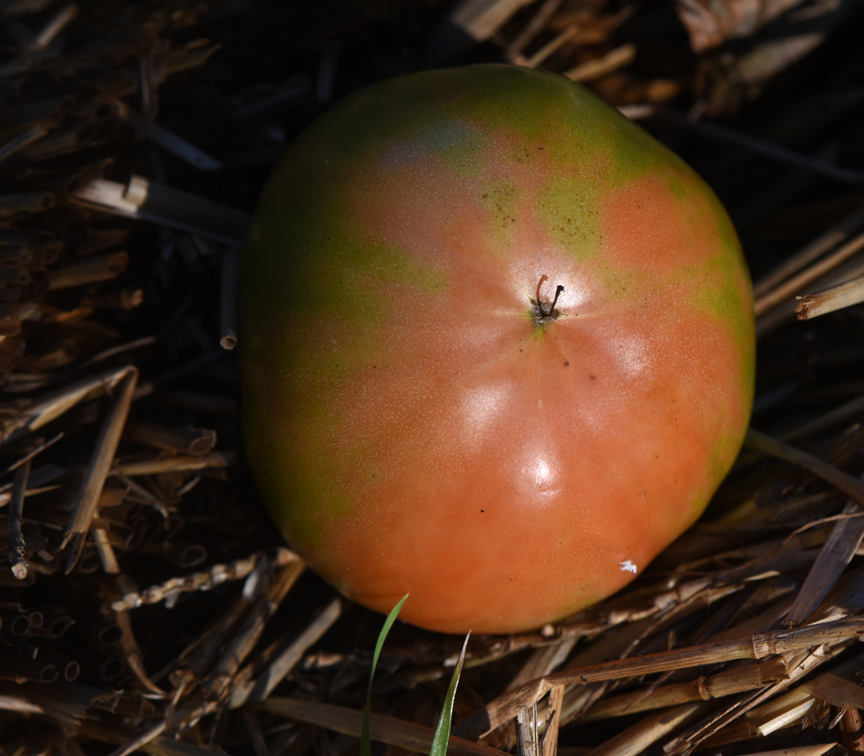 This tomato is just about ready to eat.

It’s wonderful to serve tomatoes at Thanksgiving and brag about harvesting them from the garden.

More tomato stories from Everybody Gardens

Video- How to force tomatoes to ripen on the vine before fall.

Splitting tomatoes? Here’s what to do.