Hot peppers will make you cry…sometimes!

Friday was the last day I would be working with KDKA television personality Jon Burnett. We spent the past 16 years on air together and that day I would be saying goodbye on the air. 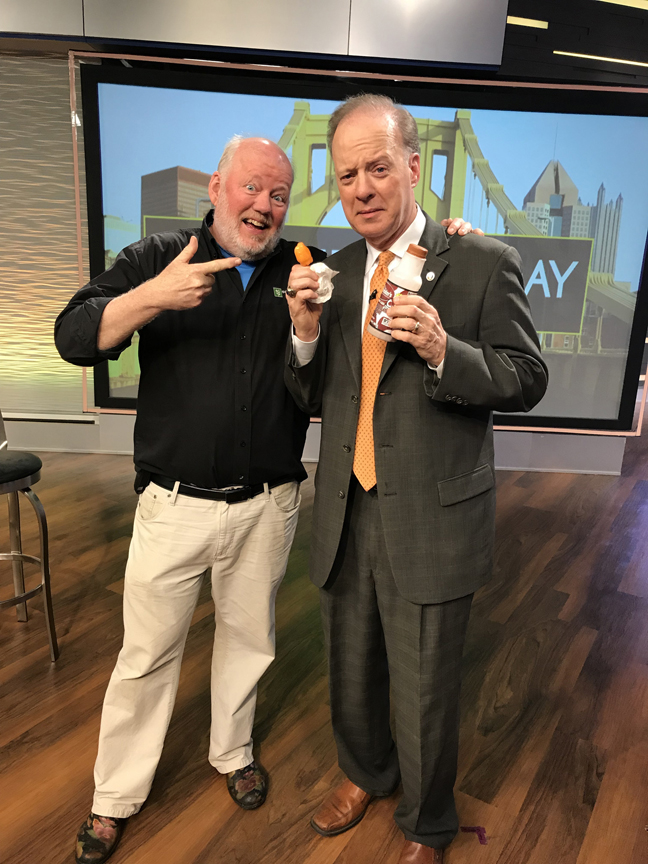 Jon Burnett from KDKA-TV holds another habanero pepper and some much needed milk while recovering from eating a habanero pepper live on the air with Doug Oster during a retirement segment on Pittsburgh Today Live.

Over the years, some of our most memorable segments revolved around hot peppers. Jon is crazy: He’s eaten fiery ornamental peppers and even took a drink of a hot pepper liquid used on birdseed to discourage squirrels. He barely got through the appearance after a sip of fire.

So as we were live on air I rolled a bunch of peppers out on the table and said we were going to play “Pepper Roulette.” Some of the peppers were hot, and others were sweet. He picked a habanero and I told him “not that one.” This was just supposed to be for fun, and I didn’t want to inflict that type of pain on him. I had a friend who ate one whole and thought he was having a heart attack 20 minutes later. Before I knew it, Jon picked up the pepper and as I grabbed his wrist trying to stop him, he ate the entire thing. That’s what we always have loved about him, willing to try any challenge. The video shows the result, and it wasn’t long until he was searching for milk, bread or anything to stop the heat. (Here’s the video).

This is a great time to plant hot peppers, as they can’t stand any cool weather. Some say the hotter the summer, the hotter the peppers. You don’t have to go all in like Jon did with a habanero, as there are milder as well as hotter peppers to grow. Here are my favorites from mildest to hottest:

• ‘Zavory Habanero’ hot pepper was introduced to me by Chris and Jennifer Brenckle of Brenckle’s Organic Farm and Greenhouse in Zelienople. They threw several in my CSA and I tried them with my son. We’ve always challenged each other to eat hot peppers. He bit down first and immediately recognized the intense smoky flavor of a habanero, and then waited for the fire … which never came. They are barely hot at all, yet have that distinctive taste and are wonderful. Although I have yet to try it, ‘Roulette,’ a 2018 All America, is a heatless habanero, too. 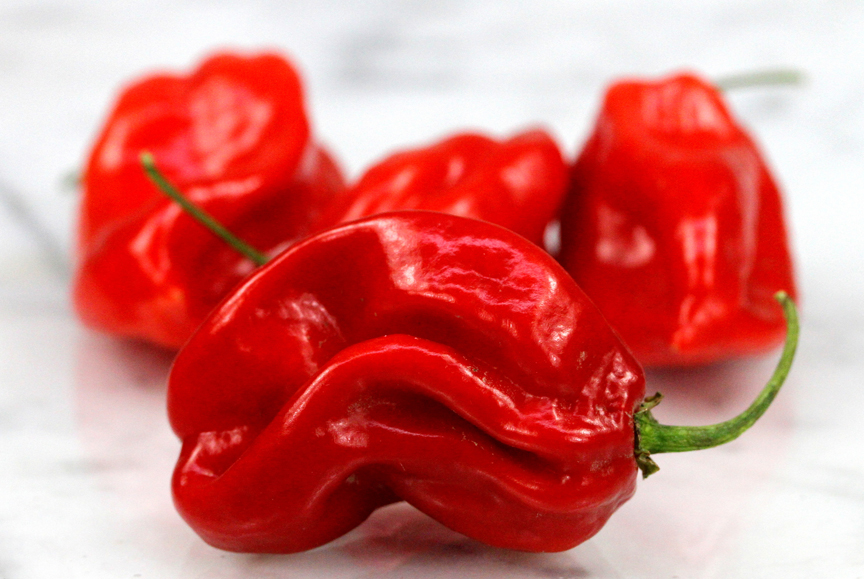 ‘Zavory’ pepper looks like a habanero, but doesn’t have the heat.

• ‘Super Chili’ is the 1988 All America Selection and comes in around 40,000 on the Scoville scale, which measures heat in peppers. For reference hot wax peppers score around 5,000 to 10,000. ‘Super Chili’ will be filled with pretty red peppers in July and will grow just about anywhere. It’s so prolific that I harvest bunches at the end of the season and dry them to make hot pepper flakes. 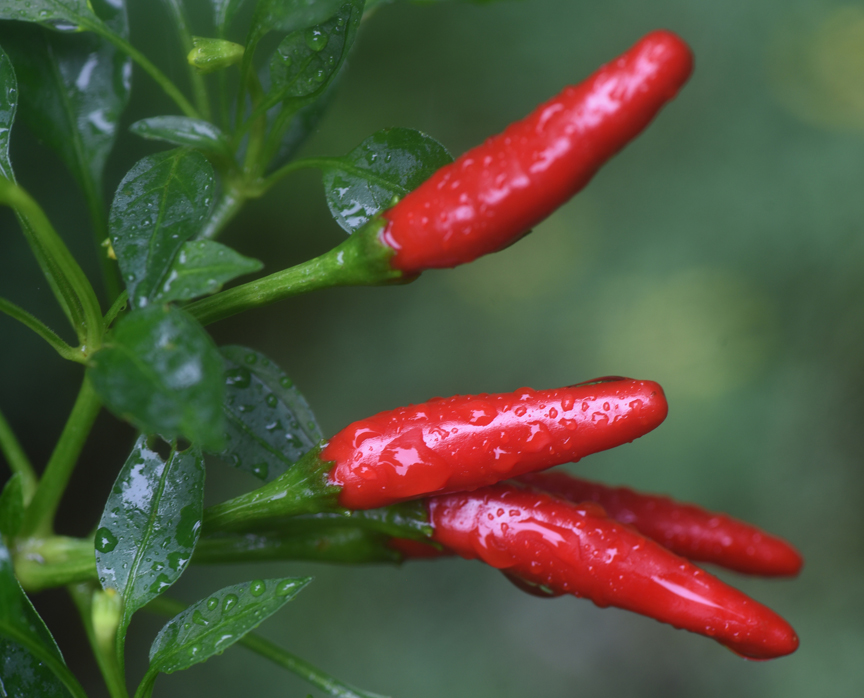 ‘Super Chili’ peppers are a 1988 All America Selection. These peppers are easy to grow and are hot enough to wake you up, but not crazy heat.

• ‘Tabasco’ puts on small fiery orange peppers with a Scoville rating between 30,000 to 50,000. One of the reasons people covet hot peppers in general is the amazing flavor each one has. ‘Tabasco’ tastes like its namesake sauce, and it’s also easy to grow.

• The ‘Ghost Pepper’ was once known as the hottest pepper in the world. It seems every year there’s a new variety that surpassed the last. I once trimmed a sliver of the point end off for a taste and found it to be hot, but not crazy. When I tasted the next thin slice, it took about a half hour to recover. It’s somewhere between 900,000 and 1.5 million on the Scoville scale.

• ‘Carolina Reaper’ is dangerous, although I have a photo of a friend biting into one. When asked why, he responded, “How could I grow it without trying one?” It’s rated between 500,000 and 2.2 million scovilles. It’s a cross between the ghost pepper and a habanero. The bright red roundish peppers pack quite a punch. It’s considered by many to be the hottest pepper in the world. 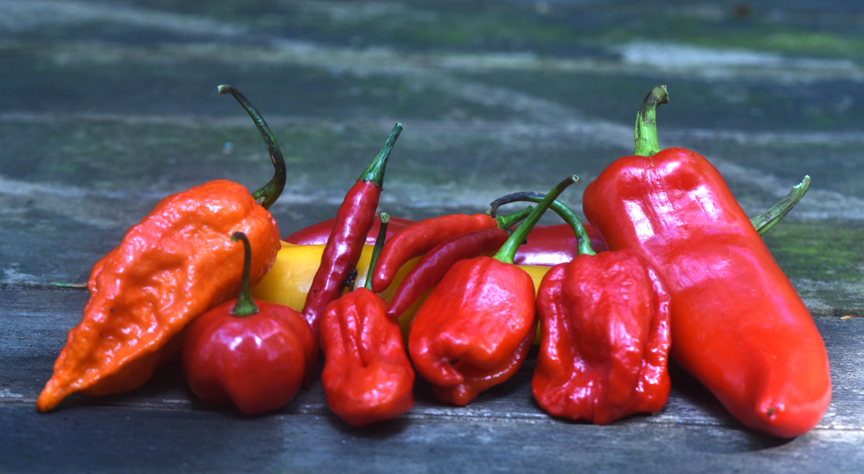 These hot peppers include some of the hottest in the world. To enjoy the wonderful flavor, you have to take the heat.

How to grow peppers

They are all easy to grow and love a hot summer. Hot peppers love to grow in containers and, if they were given fertilizer and water, would also enjoy a brick or stone wall behind them to ramp up the temperatures.

In the garden, give them rich soil amended with compost, some mulch and water when rain is scarce, and they will reward you with scores of peppers.

Most people can’t handle eating a whole pepper like Jon did, but there are ways to enjoy the flavor without starting to cry.

First a word of caution though when handling super hot peppers. Be careful to wash your hands after working with them and never touch your eyes or other tender areas either until the hot pepper is off your hands.

I like to carefully cut the seeds and ribs out of the pepper, that’s where a lot of the heat is. Sauté or grill the pepper to break down the cell walls. Then chop the peppers into small pieces for friends to enjoy with cheese, bread and milk. All three things temporarily quell the heat.

They can also be added to sauces and soups. Just be sure to get a handle on the amount of heat they produce.

Growing hot peppers is fun and easy. The taste is unbeatable and, many times, worth the pain.

A sushi restaurant with peppers growing out of cracks in the sidewalk!

Video: Check out the Summer Flower Show at Phipps. 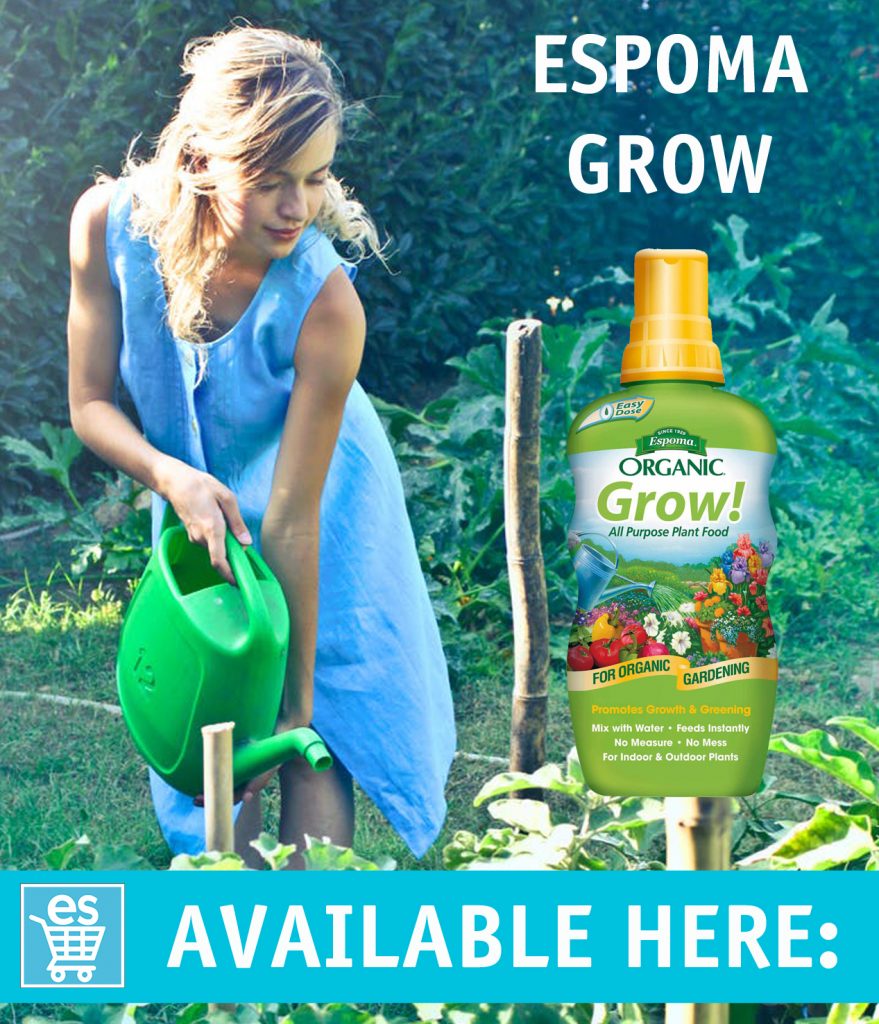