This is a photo of Herman Wigle as a child. 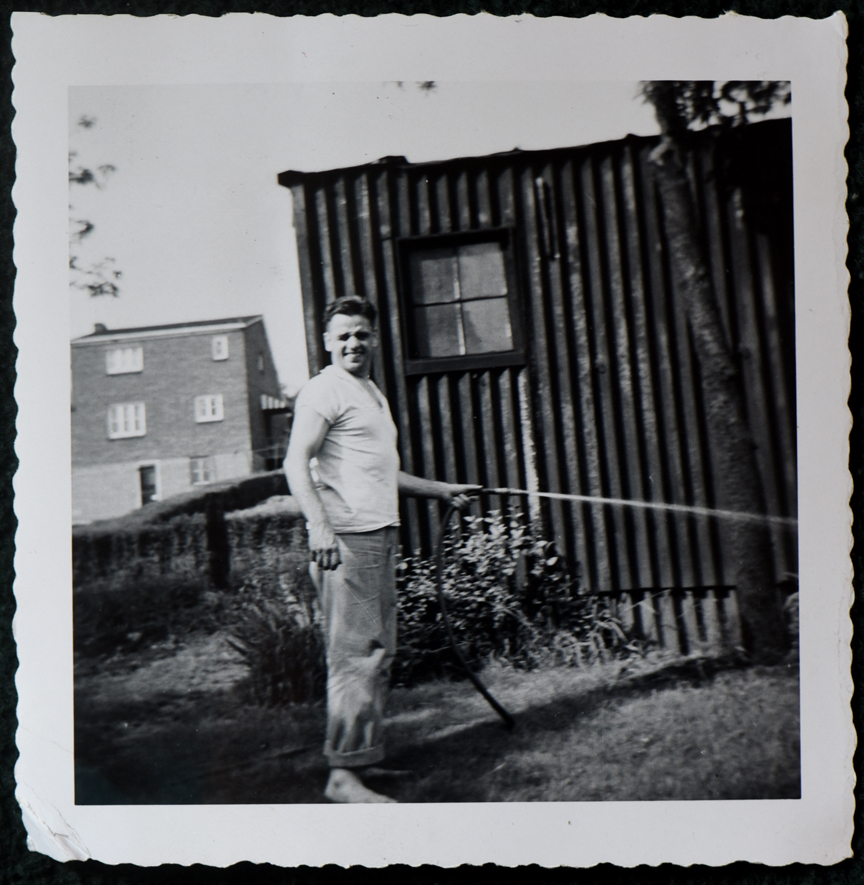 Herman Wigle as a young man. 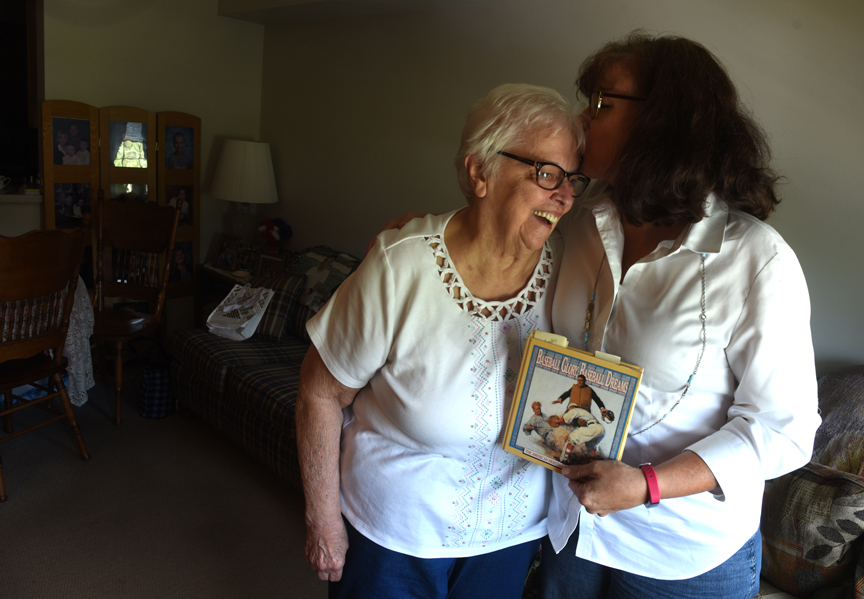 Dorothy Shillingburg gets a kiss from her neice Amy Wilkinson who is holding Herman Wigle's journal. He was Shillinburg's father and Wilkinson's grandfather. He was instrumental in teaching both about gardening and life. 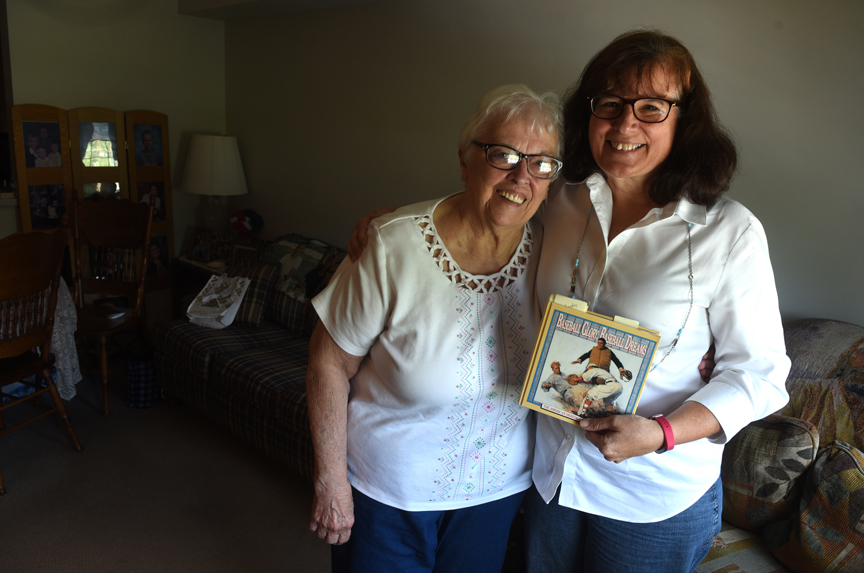 Dorothy Shillingburg and Amy Wilkinson hold Herman Wigle's journal. He was Shillinburg's father and Wilkinson's grandfather. He was instrumental in teaching both about gardening and life.

A simple post on Facebook led me to Amy Wilkinson’s lovely story about her late grandfather, Herman Wigle. While responding to another gardener’s inquiry in June about planting beans, she replied that there was still plenty of time to get the seeds in the ground.

It was something she had learned from reading her late grandfather’s journal. Wigle took great pride in his 1.5 acre garden in Export, according to Wilkinson and Wigle’s daughter, Dorothy Shillingburg. He wrote about it often, along with the other intricacies of his life.

Dorothy Shillingburg and Amy Wilkinson hold Herman Wigle’s journal. He was Shillinburg’s father and Wilkinson’s grandfather. He was instrumental in teaching both about gardening and life.

Dorothy Shillingburg gets a kiss from her niece Amy Wilkinson.

Herman Wigle as a young man.

The three of us met on Shillingburg’s 80th birthday in her New Castle apartment over coffee and cookies to talk about Wigle, his writings and how he inspired them to garden.

“He wouldn’t dare have a weed in it,” Shillingburg says proudly of her father’s garden. “Anything he grew, he shared. Most of what he grew was given to neighbors, friends and people at church.”

She spent many days as a child in his garden, nibbling on things she sometimes wasn’t familiar with. When asked what she most enjoyed eating, she says, “Everything. We were told you have to taste everything; that was a rule in the garden.”

Even then she knew there was something special about her father’s garden.

“I was always amazed,” she says, “because I saw other people’s gardens, and they didn’t look anything like his.”

He was still gardening at 85 when he died in a car accident.

It had been 20 years since Wilkinson had looked closely at his journal. It was one of many, but the only one remaining after Wigle had passed. It’s a baseball-themed book as he was a huge Pirates fan, listening to games every night.

This is a photo of Herman Wigle as a child.

The tidbit about late bean planting has stayed with Wilkinson for decades, and she answered that Facebook question from memory.

“I always felt guilty about not getting my garden in in time,” she says smiling. “It’s always in my head that I have those extra weeks. He’s always very fresh in my mind, especially when it comes gardening things.”

The daily details of his life are hand written and can be hard to read as he suffered from tremors in his later years. His writing style is matter of fact, Wilkinson feels, recording lows and highs of temperatures and visiting friends. But life is filled with twists and turns, and reading between the lines reveals much about her grandfather. This journal was written during the first year of her son Patrick’s life. She didn’t know from day to day if he would live. Wigle cherished his grandchildren.

“He wrote, ‘Patrick not good today, and then Patrick much better,’” she recounts.

Not everyone would recognize the emotion in his writing, but she does.

“I see it in there,” she says quietly as her aunt looked on. Luckily Patrick was fine and has flourished as an adult.

Wigle recounts a bad storm that felled an apple tree, when the mower came out and the blades needed to be sharpened, his hedge trimming regiment along with the weather and much more.

He planted tons of beets for canning, she says, Christmas beets were a traditional gift.

Looking at the journal she says, “In here I see, planted beets, re-planted beets, planted more beets,” she says with a laugh. The first harvest filled 14-quart jars.

“I do think the garden was his escape,” Wilkinson says.

It was the first place she would find him when visiting.

“His favorite hymn was ‘In The Garden,’” she says. Wilkinson and Shillingburg repeat the verse together: “I come to the garden alone when the dew is still on the roses.”

Shillingburg fed her six kids from her garden, learning how to grow from her father.

“He was an amazing man,” she says with a hint of tears in her eyes.

Wilkinson grows asparagus and rhubarb that her grandfather moved from Shillingburg’s garden and some hens and chicks, which were also in his garden. When she sees the plants, Wilkinson is reminded of her grandfather. The memories have also been kept alive as she’s recently looked over his writings.

“I loved him, I love him a lot,” she says with a smile while holding the journal. “It was a joy to get this back out again.”

The Everybody Gardens Facebook page is a gathering place for gardeners to help each other be successful in their own landscapes.