First tomato of the season: The race begins now!

My garden helpers are always on the lookout for the first tomatoes of the season.

Once tomato seedlings sprout, they need plenty of light to keep them growing strong. Getting an early variety started indoors means harvesting early too.

Tomatoes are started indoors for the earliest harvest. 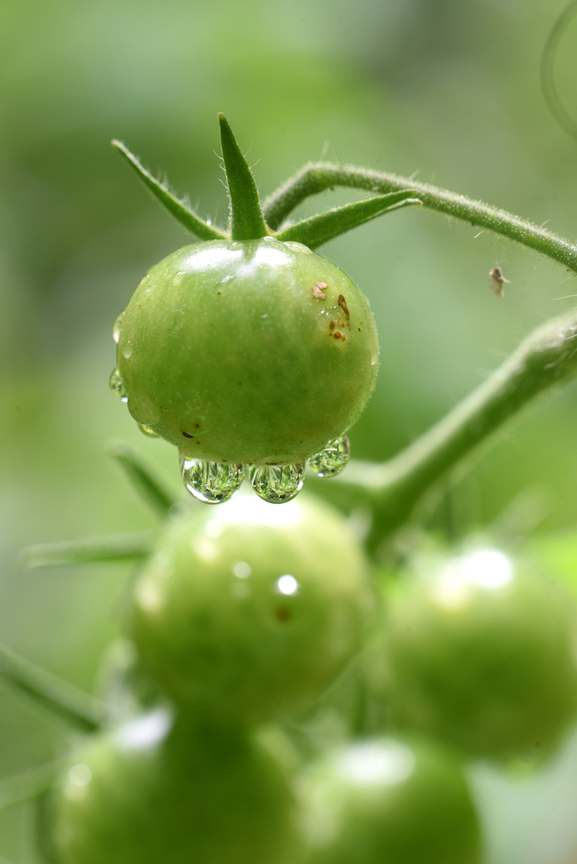 'Sungold' tomatoes are one of the earliest varieties to ripen. 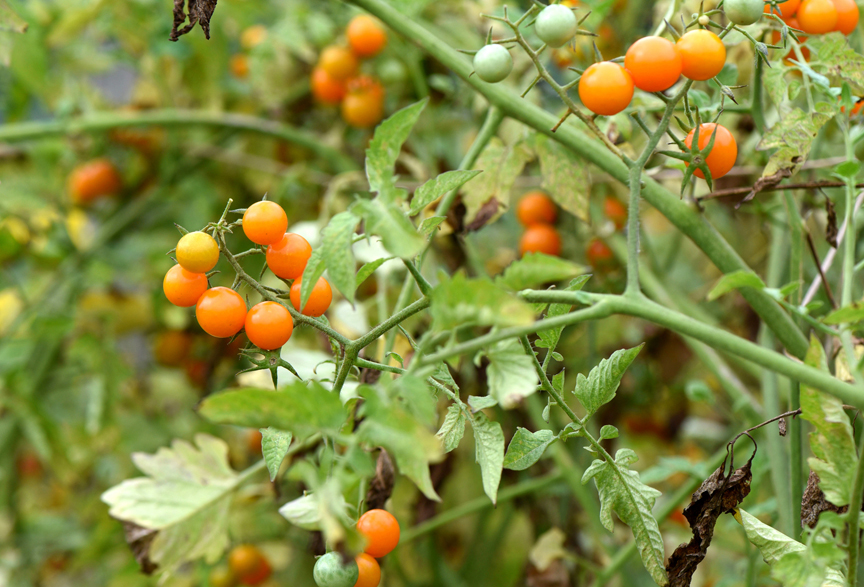 'Sungold' is a wonderful, sweet cherry tomato that's ready early in the season.

Tomatoes are the backbone to every vegetable garden. By growing lots of different varieites, gardeners can ward off diseases and harvest throughout the summer.

Cherry tomatoes are prolific, the small orange fruits are from 'Sungold.' They are sweet, but still offer a tomato flavor.

This 'Early Girl' tomato was the first one picked out of the garden last year in June.

The race for the first tomato of the season begins now. For many of us obsessed with picking them as soon as possible, this is the time to nestle seeds into moist planting mix under bright lights.

Choosing the right varieties is an important piece of the puzzle. Some cultivars take 100 days to produce a ripe fruit. Others take less than 50, and those are the plants we’re interested in.

This ‘Early Girl’ tomato was the first one picked out of the garden last year in June. It was the winner of the early tomato growing contest. Photos by Doug Oster

Cherry tomatoes are prolific, the small orange fruits are from ‘Sungold.’ They are sweet, but still offer a tomato flavor.

Years ago I bought every early tomato seed I could find in an effort to find the “best” quick-producing tomato. They were grown out at a local farm and much to my surprise, the old standby ‘Early Girl’ won the taste test. There were plants though that ripened sooner but didn’t taste like a garden tomato at all. ‘Sungold’ was another winner. The orange, cherry tomato is sweet, while still maintaining a tomato-like flavor. I’ve picked them as early as June 15.

‘Fourth of July’ puts on juicy, tasty four-ounce fruits. ‘Stupice’ is an heirloom that produces lots of odd-shaped fruit a little over two inches across. There are countless tomatoes bred to put on fruit early, and every gardener has their favorite.

I’m trying a few others this season to expand my palette of quick producers. ‘Red Racer,’ a recent All-America Selection has been one of the new cultivars in my garden. The first year they were introduced, the plants didn’t go into the ground until mid-July and still ripened well before frost.

Tomatoes are the backbone to every vegetable garden. By growing lots of different varieites, gardeners can ward off diseases and harvest throughout the summer.

Once tomato seedlings sprout, they need plenty of light to keep them growing strong. Getting an early variety started indoors means harvesting early too.

Tomatoes are started indoors for the earliest harvest.

Starting the seeds is the easy part, but the most important thing to know is you’ll need a bright, artificial light system. I’ve seen seedlings perform in a large south-facing window, but it’s dependent on what kind of sun we get in the spring. There are a wide range of inexpensive LED lights available from local nurseries.

Seeds should be sown in a planting mix, also from the nursery. It’s moistened before the seeds are added. Squeeze the mix after adding water. If it sticks together, but doesn’t drip, the mix is perfect. Use a container with drainage and fill it with the moistened mix. Sprinkle seeds on the soil; add a little more mix on top. Press down on the mix to assure good contact between the mix and seed, then cover the container with clear plastic. It’s important the seed never dries out before germination.

Once they sprout, remove the plastic and grow the seedlings under light until the temperatures outdoors are conducive to planting, around 50 degrees or higher at night.

My garden helpers are always on the lookout for the first tomatoes of the season.

While those little plants are getting ready for the garden, it’s time to get the garden ready for them by warming up the soil. Tomatoes love heat, and there are a few ways to increase the temperature of the garden before planting time. My favorite way is to cover the bed with black landscape fabric since it’s breathable, allowing rain to reach the soil. There are individual soil warmers filled with water called Wall O’ Water season extenders. They are put into place weeks before planting to warm up the garden soil. Amend the soil with compost, as it’s the best way to give the plants what they need.

Before the plants are brought out for planting from under the lights, they need to be hardened off to get them ready for the variables of spring weather. Expose the seedlings to the outdoors for a few hours at first; gradually increasing time outside over a week, then the plants will be ready for the garden.

Ever heard of horizontal planting?

One trick I like to use for tomatoes is called horizontal planting. This is particularly effective if the plants are a little too tall or leggy. A shallow trench is dug in the tomato bed and then the plant is prepared for planting. Strip all the bottom leaves off the plant, turning it on its side and gently placing it in the trench. Add the back fill, leaving only the very top of the plant above ground. It will stand up straight in a day. If staking the plant, be sure to add the stake immediately, so the stem is not severed later when adding the stake.

This keeps the root zone near the warmth of the first few inches of soil. Another benefit is that the roots are closer to water when it rains.

The first planting will be susceptible to fungal diseases like septoria leaf spot and early blight. A layer of mulch at planting time will help by stopping the soil-borne spores from splashing up on the leaves. Removing some of the bottom foliage will allow more distance between the spores and the plant. An organic fungicide can help too if it’s a cold, wet spring. In the northeast, tomatoes are usually planted around the third week of May through Memorial Day for the first crop of fruit. Experiment with a couple plants earlier with protection, but don’t risk your main crop. Sometimes a mild spring will make you a gardening genius.

Fertilizing newly planted seedlings with a liquid organic fertilizer like Grow will get them off to a good start.

There’s another way to maximize early-producing tomatoes. One way to beat those fungal issues is to use a technique called succession planting. When planting tomatoes early in the season, leave room for subsequent plantings. ‘Early Girl’ or ‘Sungold’ tomatoes will also thrive in the warm soils of summer. Since they produce fruit quickly, they can be planted through mid-summer. In my zone 6 garden, the last planting is July 4. The varieties love the warm soil and air temperatures.

When planting early and late, you’ll be picking the first and last tomatoes of the season, and those are the kind of bragging rights every gardener enjoys.

Splitting tomatoes? Here’s why and what to do.

How to ripen green tomatoes at the end of season.