Randy McManus came up to me in March at the Duquesne Light Home and Garden show with an amazing compost tale he was able to verify with photos and witnesses.
He recently recalled the story from September 1998. 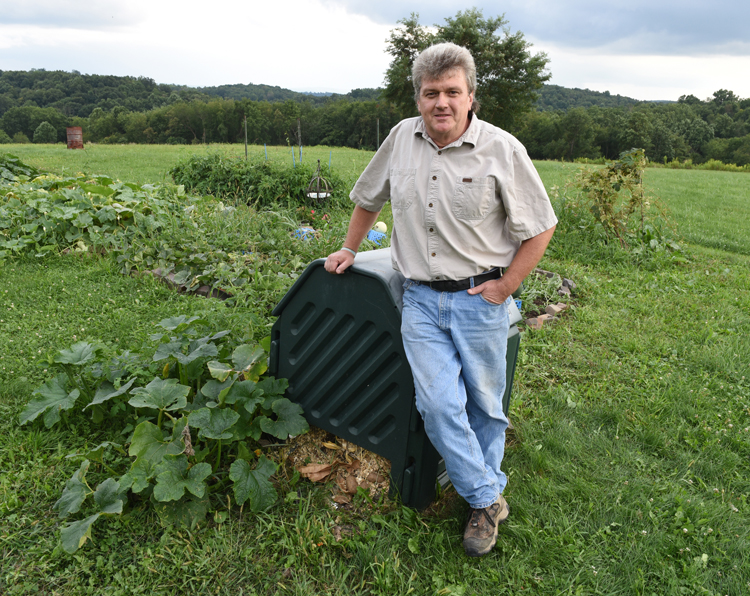 Randy McManus leans on the same composter that was used to “cook” an eye of round roast. Photos by Doug Oster 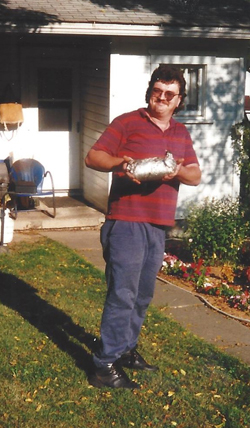 Randy McManus shows off an eye of round roast cooked in a compost pile back in 1998.

“Ron really got into gardening,” McManus says of his late friend Ron Hubbard. “He was taking the composter’s temperature daily.”
The two were sitting around one evening as Hubbard discovered the compost pile had reached over 160 degrees.
“That’s hot enough to slow roast in,” McManus said at the time and Hubbard agreed. That sounded like a great idea to both as they wondered if it could actually be done. On an impulse, they headed to the grocery store.
They bought a small eye of round roast, brining it in salt overnight to prepare for the great compost experiment. The next day they wrapped the roast in plastic wrap and foil, then buried it a third of the way down in the compost pile, leaving it there for 24 hours.
The next day, McManus removed the meat from the pile, took the temperature of the meat, “and it was perfect,” he says with a smile.
“Food sanitarians would cringe at the fact that it took a day to roast,” he said with a laugh. “It’s like canning or making booze, if you think you know what you’re doing, you’re usually kind of safe. Some people were disgusted by (the meat in the compost).”
McManus has a culinary background, first roasting pigs and then heading to culinary school during the Pittsburgh newspaper strike in the early 1990s, when he was an independent distributor for the Post-Gazette and Pittsburgh Press. After the strike, he started a catering business.
“Ron and I were the only ones who would eat it and it was some of the softest meat that you ever wanted to have,” McManus says. “It was a hillbilly and a guy with a culinary degree trying to prove something to themselves.”