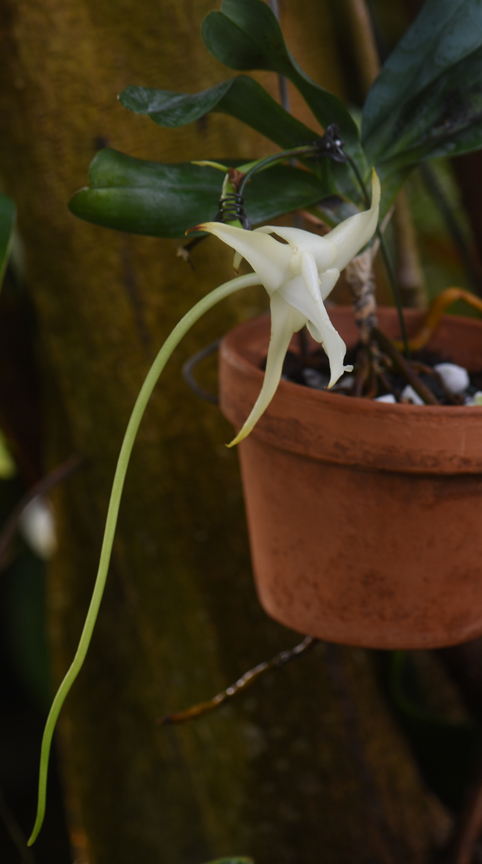 The Darwin Orchid has a long nectary which the scientist theorized must have a pollinator with a long proboscis. Photos by Doug Oster

It was in 1862 that Charles Darwin encountered a strange white orchid, sent to him from Madagascar. The star shaped flower of  Angraecum sesquipedale leads to a ridiculously long nectary which reaches nearly 12 inches. It’s the part of the flower filled with sweet nectar which lures a pollinator to the flower.

Darwin theorized that the nectary evolved along with a moth which had a very long tongue to pollinate the blooms. At the time the thought of co-evolution was unique in science.

Darwin wrote to a friend at Kew Gardens in London,  “I have just received such a box full from Mr. Bateman with the astounding Angraecum sesquipedalia with a nectary a foot long. Good heavens what insect can suck it,” In another letter a few days later suggested, “in Madagascar there must be moths with probosces capable of extension to a length of between ten and eleven inches.”

His theory was based solely on the size of the flower.

In 1907, more than 20 years after Darwin’s death, a subspecies of the gigantic Congo moth from Madagascar was identified and named as X. morganii praedicta fulfilling Darwin’s prediction. The moth is large with a giant proboscis which can reach  into the nectary of the orchid. 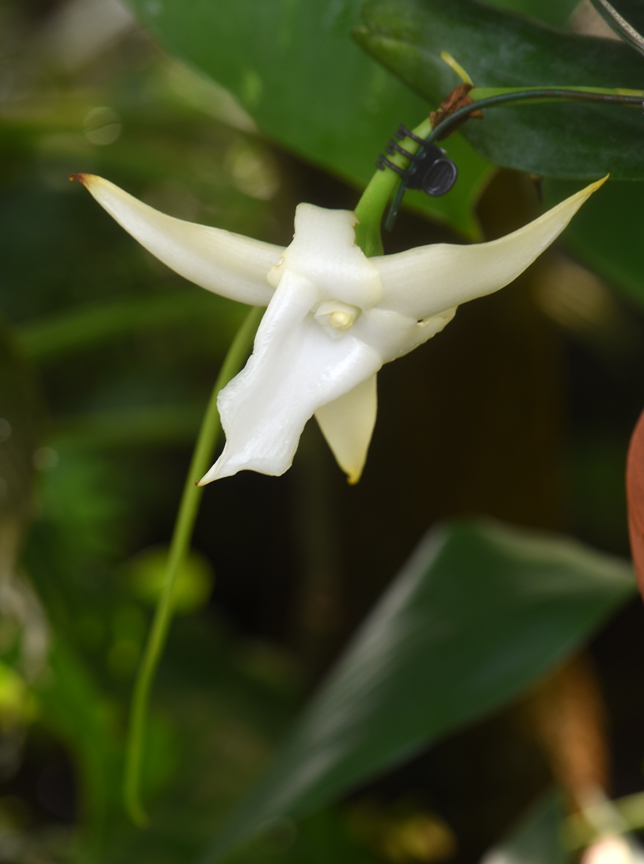 It wasn’t until 1992 that scientists observed the moth feeding on the flower and transferring pollen from plant to plant, hence confirming Darwin’s hypothesis.

A passion for orchids; grower reveals secrets to making them thrive.

How to grow succulents indoors.